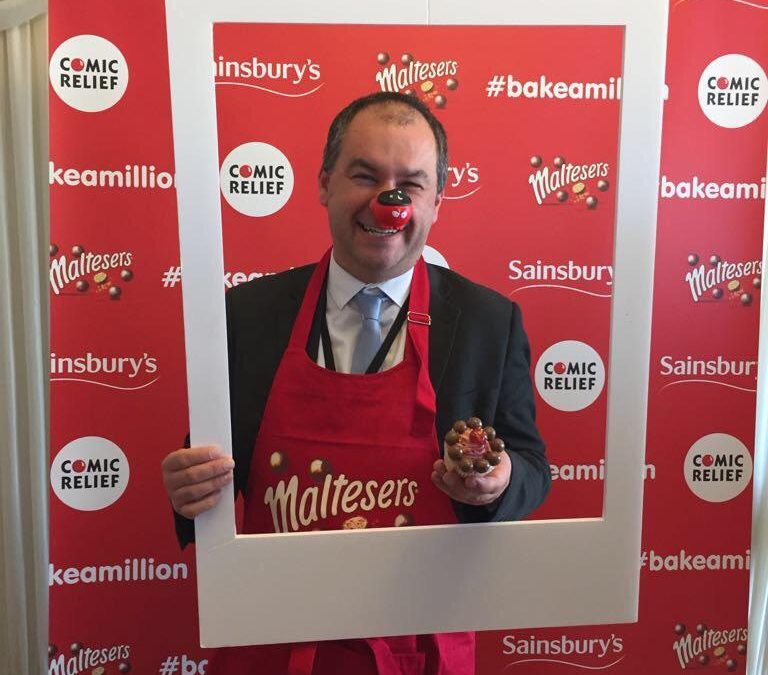 I was delighted to join fellow MPs at an event marking Red Nose Day 2017 in Parliament by taking part in the Maltesers® and Sainsbury’s Red Nose Day Parliamentary ‘Bake a Million’ competition.

Masterchef presenter Gregg Wallace took on the role of judge as more than 60 MPs of all parties competed to win. Many congratulations to Ian Murray MP who emerged triumphant and Ian Paisley MP who was the runner-up.

The competition, which was organised by Maltesers® in partnership with Sainsbury’s – the official retailer of the iconic Red Nose and Red Nose Day merchandise – was held to celebrate this year’s Red Nose Day.

MPs were tasked with decorating a cupcake with an array of icing and toppings, including Maltesers® and Malteaster® Bunnies, expertly instructed by apprentices from Sainsbury’s recently opened Bakery College in Bromley-by-Bow. The winning cake decorators chose a nominated Comic Relief project to which Maltesers® and Sainsbury’s will make a donation.

The Maltesers® #bakeamillion campaign calls on the nation’s support and encourages people to get baking with Maltesers®. For each cake or bake photo uploaded, Maltesers® will donate £5 to Comic Relief, towards their £1million total contribution.

Emma Freud, Red Nose Day director, said: “It’s great that so many parliamentarians turned out to support Red Nose Day. What Sainsbury’s and Mars have created is a campaign that the UK has embraced. Our baking kits were a total sell out and the excitement they have generated about Red Nose Day has been glorious. It was excellent to see the MPs embrace a baking challenge. Gregg and I are just relieved they don’t do this for a living.”

Fabio Alings, Maltesers® Brand Director at Mars Chocolate UK said: “It was great seeing MPs and peers getting involved with our #bakeamillion competition, as this really captured what the Maltesers® campaign is all about. The work Comic Relief does across the UK and Africa is crucial, and what we do to support is as important as ever. We are pulling out all the stops, with the help of MPs, to raise significant funds for this fantastic cause.”

Pete Ward, Sponsorship Manager at Sainsbury’s said: “I’m sure there will be a lot of cakes being decorated all over the country as our colleagues and customers raise funds for Red Nose Day again this year, so to have so many MPs and peers come along and demonstrate their skills really was the icing on the cake. Sainsbury’s colleagues and customers raised over £12.4 million last Red Nose Day. We’re hoping that our efforts this year will continue to make an even bigger difference to those in need, both in the UK and across Africa.”