Bike ride for the Poppy Appeal 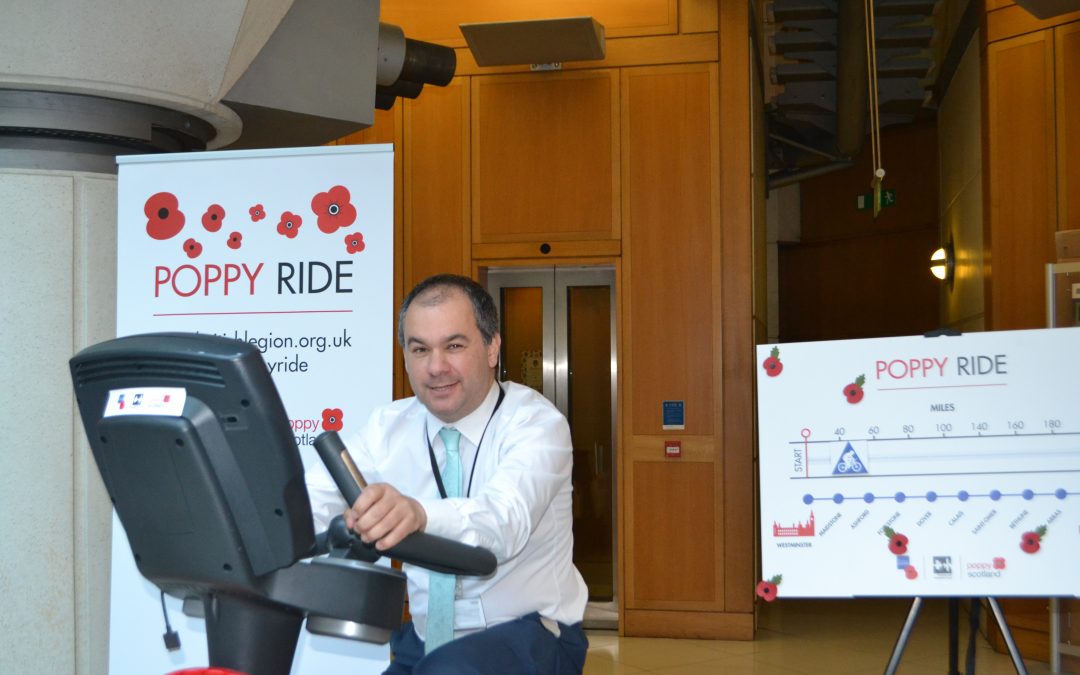 As part of The Royal British Legion’s annual Poppy Appeal, I took part in a bike ride in Parliament to help raise money.

The 12 hour bike ride was held from 8am to 8pm in Portcullis House, Parliament and I took part in a race on an exercise bike by cycling as far as I could in 5 minutes. I managed to cycle 1.71 miles in my five minutes.

The bike ride was organised by the Industry and Parliament Trust (IPT) in association with The Royal British Legion and follows on from the successful bike ride held in 2015 (where 77 MPs and Peers cycled a total of 128.8 miles in 12 hours). I would like to thank them for arranging this event. The Royal British Legion provides invaluable support to the Armed Forces community; I am pleased to have been able to support such a worthy cause.

Nick Maher, CEO of the IPT said: “The work of The Royal British Legion is essential to the lives of so many families across the UK and I am delighted that Paul was able to support us in our efforts to raise money for such a worthwhile cause. The support and enthusiasm from parliamentarians this year has been fantastic”.