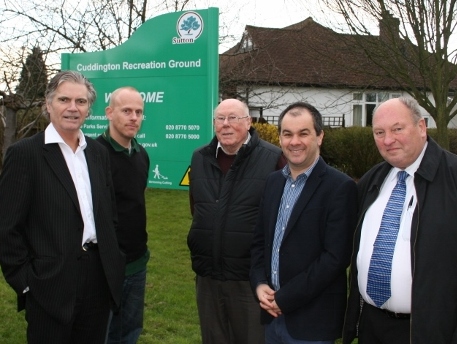 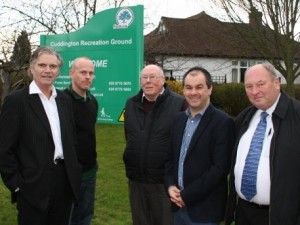 I joined Cllr Eric Allen and Steve O’Connell for a walkabout around Cuddington Rec’ yesterday to see where the proposed perimeter park will go following the announcement of £100,000 funding from  Boris.

Local residents Barry Ivens and John Weir have long campaigned alongside Eric to secure this money and it was good to see their work bear fruit. Their Friends of Cuddington Park Group bid for a further £5,000 in a local council participatory budgeting exercise. The next step is for the council to consult residents on the plans.

One thing I have noticed about the local area is how the council often does half a job and forgets about Worcester Park and North Cheam in favour of Sutton town centre and Carshalton. The pathway at the St Clair Drive entrance which just suddenly fizzles out into a patch of mud sums it up really. If Barry, John, Eric and Steve can get the job finished, it will encourage cyclists and others to make better use of the extremely attractive park.