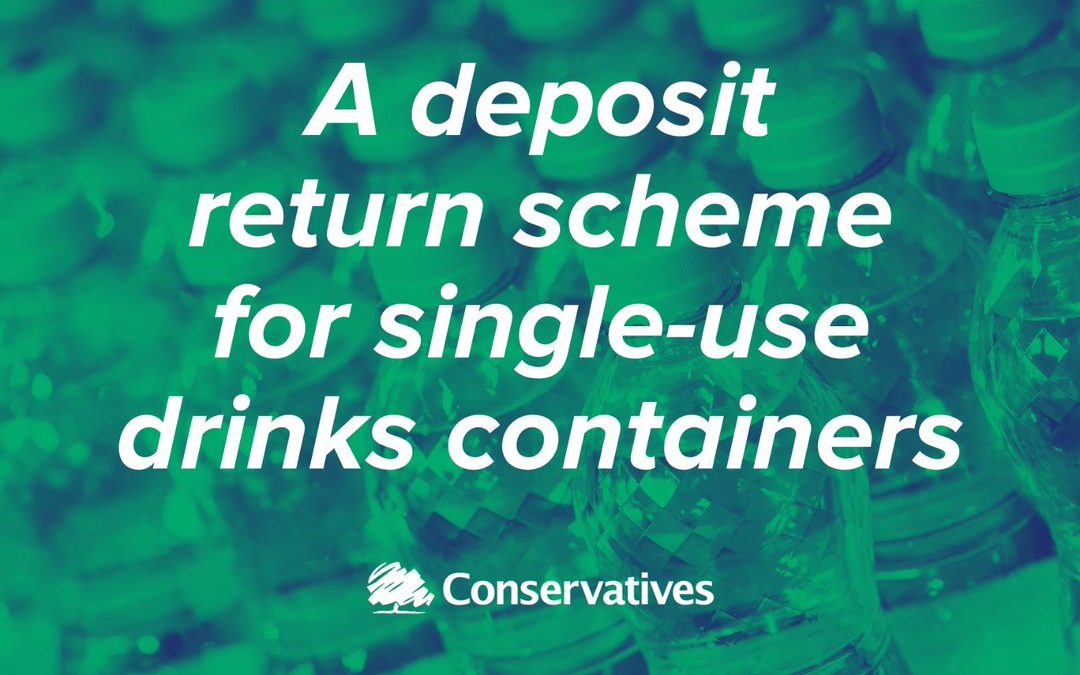 A deposit return scheme to increase recycling rates and slash the amount of waste polluting our land and seas will be introduced subject to consultation later this year.

UK consumers go through an estimated 13 billion plastic drinks bottles a year, but more than three billion are incinerated, sent to landfill or left to pollute our streets, countryside and marine environment.

The consultation will look at the details of how such a scheme would work, alongside other measures to increase recycling rates. We hope to talk to the devolved administrations about the scope for working together on this important issue.

Similar schemes already operate in countries such as Denmark, Sweden and Germany. A deposit return scheme sees consumers pay an up-front deposit when they buy a drink, ranging from 8p in Sweden to 22p in Germany, which is redeemed on return of the empty drink container. Possible variants of a deposit return scheme include cash rewards for returning drinks containers without an upfront deposit.

This is often done through a network of ‘reverse vending machines’, where you insert your plastic or glass bottle or can and the machine returns your money. Once a bottle is returned, businesses are then responsible for making sure they are effectively recycled – a move that has led to a 97% recycling rate in Germany.

This announcement is the latest move in the government crackdown on plastic, following the plastic microbead ban hailed as one of the world’s strongest bans and the 5p plastic bag charge – which has led to 9 billion fewer bags distributed. It also follows the recent call for evidence by HM Treasury on taxes and charges to reduce waste from single-use plastics, so that all relevant findings can be fed into the proposals.

Environment Secretary Michael Gove said: “We can be in no doubt that plastic is wreaking havoc on our marine environment – killing dolphins, choking turtles and degrading our most precious habitats. It is absolutely vital we act now to tackle this threat and curb the millions of plastic bottles a day that go unrecycled.

“We have already banned harmful microbeads and cut plastic bag use, and now we want to take action on plastic bottles to help clean up our oceans.”

The amount of waste polluting our land and seas remains a great source of frustration for residents all over Sutton, Cheam and Worcester Park. It’s one of the biggest issues that’s raised with me when residents get in touch.

We are working to leave our planet in a better state for the next generation, with cleaner air, greener spaces, stronger protections for animal welfare and tougher action on plastic waste.