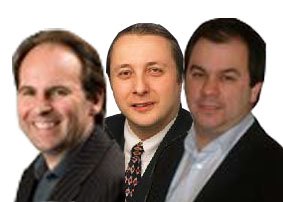 I started my blog, three weeks after I was elected in May as another way to communicate with residents and let them send me comments. We need to keep looking at fresh ways to have such a dialogue. As the comedian Armando Ianucci put it we are still doing gramaphone politics in an ipod age.

Since then, ex-Labour Councillor Charlie Mansell has started two blogs both of which are in my links list. Sutton Council Observer records Charlie’s thoughts on a wide range of local issues, concentrating mainly on Council committees and local healthcare, an issue that I know he feels passionately about having represented the ward of St Helier for a number of years. His other blog, Policy4Sutton is Charlie’s good attempt at a one man think tank. Though he is not from the same party, both blogs are welcome approaching the task as a concerned resident wanting the best for the Borough. We’ll see how party political we all get when we get closer to an election.

More recently LibDem Deputy Leader, Colin Hall has made a stuttering start in the world of blog, not least because of the extra “blogspot” in the title – colinhalls.blogspot.blogspot.com. I did promise to leave him a comment but unfortunately there is no capability for doing so. I could make a cheap joke about lack of consultation etc. but I’ll..OK, I just did.

Still any attempt to widen the political debate is welcome and I wish them well.