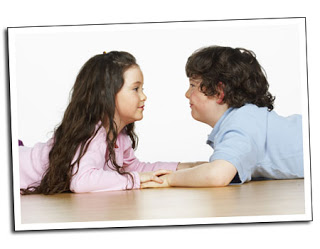 Controversial changes to the way children with Special Education Needs (SEN) are taken to and from school was pushed through to the next stage by LibDem councillors at Tuesday’s Scrutiny Overview Committee.

The plan is to collect children from pick up points around the Borough by minibus instead of the door to door service that they receive now. I don’t mind looking into these difficult areas. I don’t mind seeing if we are spending our budget in the best way. However, the policy that was presented was not acceptable.

Following consultation, autistic children were removed from consideration, leaving 85 children whose service is at risk, down from 250 children. This means that the potential savings are £200k pa, down from £360k pa. The 85 children remaining, go to Carew Manor and Muschamp Primary. They have either Moderate Learning Disabilities (MLD) or Speech and Language Disabilities (SLD).

I had a few concerns. Firstly, I did not believe that the policy as presented was detailed enough to show parents exactly who was eligible for what and how they would appeal. Secondly, each child and their route to their pick up point would have to be risk assessed. The Council were trying to get TfL to do this, which immediately set alarm bells ringing. Officers were not sure if private organisations would have to get involved. These uncertainties make me wonder how much saving the Council will acheive in reality. Is it really worth the pain that it will undoubtedly cause for the parents and children for what maybe no change?

It is likely that some of the 85 children will be deemed unable to walk to pick-up points and one parent raised the question of children with several disabilities returning to their doctor to attempt to get rediagnosed as including Autism. These points all add yet more uncertainty. Yet the estimated savings from this policy already forms the cornerstone for this year’s Council budget.

This is a budget that we need to tackle. The Council overspends by £1m pa no matter what it does. However, making cuts on the back of the most vulnerable children in our Borough is not the starting point for such an exercise. Some of the LibDem members of the Scrutiny committee asked some good questions and made some pertinent points. They all then meekly voted the policy through to be considered for a final decision by the Executive next Monday (1st Dec). Fortunately, a review after the first year was added, though this is the usual pressure valve that the Council adds to let off some of the steam when pushing through such decisions.

The Lead Councillor in this area has talked about this policy being about independence and good for the environment. This may turn out to be true in the long term, but should never have been used as a justification for the policy. Scrutiny into this area was started as a cost-cutting exercise, pure and simple. Muddying the waters with these arguments lessens the scope for serious debate about what are difficult issues in themselves.

We will repeat our views to the Executive alongside parents that are presenting petitions and Cllr David Theobald who has worked hard in his own inimitable way to campaign against this proposal. I cannot see how the policy as it is currently framed, can be passed as it is incomplete with no costings.