LibDems redistributing to the rich? 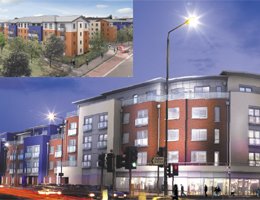 At last night’s Area Committee I ventured outside the comfort zone of Carshalton Central to vent my spleen on the Council’s cack-handed approach to Section 106 money (sometimes called planning gain, other times called a legal bribe.) Bellway Homes built a development on Rosehill Triangle (next to the St Helier roundabout) and paid £180,000 as a sweetener for the privilege. This was meant for employment opportunities and other items within the Rosehill district. Instead some £27k was used to help fund a Borough-wide employment study. The sole benefit to Rosehill from this study was to say that St Helier hospital was a large and important employer. Now, people would be queuing up at the opportunity to state the obvious on behalf of the Council for a fraction of this cost.

The previous Area Committee demanded the money back for Rosehill. However, the report prepared for the LibDem Strategy Committee airbrushed this demand out. I’m pleased that the Carshalton LibDems agreed with me, though I don’t hold out much hope for the panjandrums at Strategy to agree. Though Sutton is one of the most prosperous Boroughs in London, it is often forgotten that St Helier is one of the most deprived wards in the capital. As a result of its location, it often misses out on grants and funding that are available to wider areas of need.

As a free-marketeer supporter of a smaller government I am not keen on much redistribution of wealth at the best of times but redistributing money from St Helier to the richer areas is crazy. I hope that they pay the money back.