My Plan for Better Transport 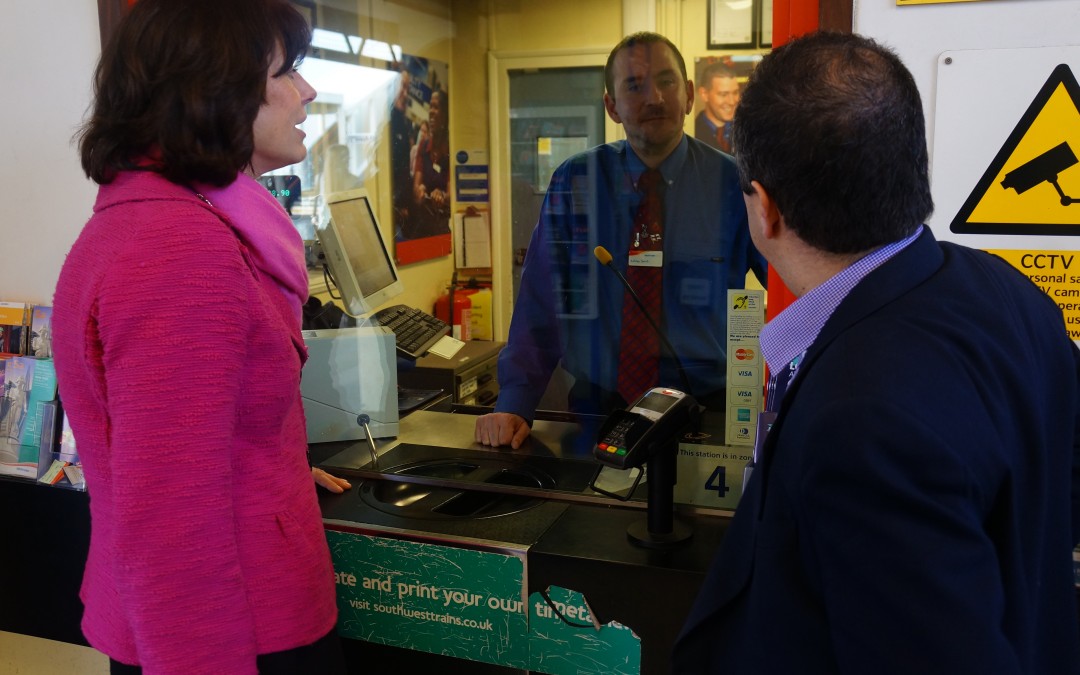 I live near Carshalton Beeches station and work near East Croydon station. Boy, the contrast in travel times couldn’t be more stark. It takes twice as long to get to London Bridge and Victoria despite being just one mile further away from both. Croydon’s tram system has helped to regenerate New Addington and the London Overground which terminates at West Croydon helps to connect commuters with Canary Wharf without having to travel into Zone 1.

Commuters using Sutton station have a better choice of trains with the quicker Hackbridge route coming into play but they still have the handicap that we all have – the terrible performance of Southern Railways. The last published punctuality figures showed that for the month of December (yes even the figures are delayed), only 46.2% of trains arrived on time. The annual figure is 76.2%. That’s just not good enough for the price that we are paying as commuters. Fare increases are there to invest in the infrastructure which with projects like Crossrail is undoubtedly happening. We need investment and improvement here on the lines in South London.

Worcester Park station is incredibly busy at peak times with the platforms full in the morning. When handing out leaflets at 7am about my campaign to get Crossrail 2 to stop there, I had to step back as a train came over the bridge to avoid being mowed down by a throng of early morning sprinters tearing for the train to Waterloo. At the moment the plans for Crossrail 2 are to have the trains stop at Motspur Park, presumably to feed the spur line down to Chessington. That is such a missed opportunity to alleviate the issues at Worcester Park which local commuters are crying out to have sorted. People come from Stoneleigh and further afield to use Worcester Park station. More trains will help everyone and will benefit the local economy as a whole.

A new shopping centre is coming to Croydon in around 3 years. That will have a big effect on Sutton High Street which we need to address. We cannot compete, we shouldn’t compete. Instead we need to make sure that our residents can benefit from both the convenience of Sutton and easy transport to Croydon. Extending the London Overground is cheap as the tracks are already there but it is good forward planning to get that in place now before the shopping centre opens. The Overground service will help ease congestion on the London Bridge line, as some people will choose to travel on the slower but cheaper train to Surrey Quays and Canada Water. I’m told by Transport for London that they don’t want to make the change because the trains will be too full further up the route. Basically they don’t want to provide services where there is a high demand for them – nonsense!

Passengers travelling through Sutton station rightly complain about the reliability and frequency of the trains. This is something I am determined to tackle head-on. We need more services with fewer stops further up the line to reduce travel times and get at least somewhere near to par with our neighbouring boroughs. The building work going on around Sutton will lead to more commuters. Currently 40% of people commute to London. Our trains will get even more crowded unless we increase capacity and frequency now.

I have had a mixed response to the possibility of the tram being extended to Sutton. Some people fear it will encourage more people to travel out of the borough rather than attract people in. Others just don’t want the upheaval. The Croydon tram system has worked well in connecting communities. As a local route connecting the High Street and St Helier Hospital with the main tram route, it has great potential. Yes, buses already travel along the proposed route but the prioritisation of the tram means that they travel far quicker along the route and are more efficient. Boris has told me that the council and local business groups have made a lot of noise about the tram, but they haven’t got residents on board yet. I believe that politicians should communicate with residents more clearly and at an earlier stage to gauge their views and let them have the opportunity to help shape their community rather than react as a result of a surprise decision.

I plan to keep Sutton moving.