My Plan for Local School Places 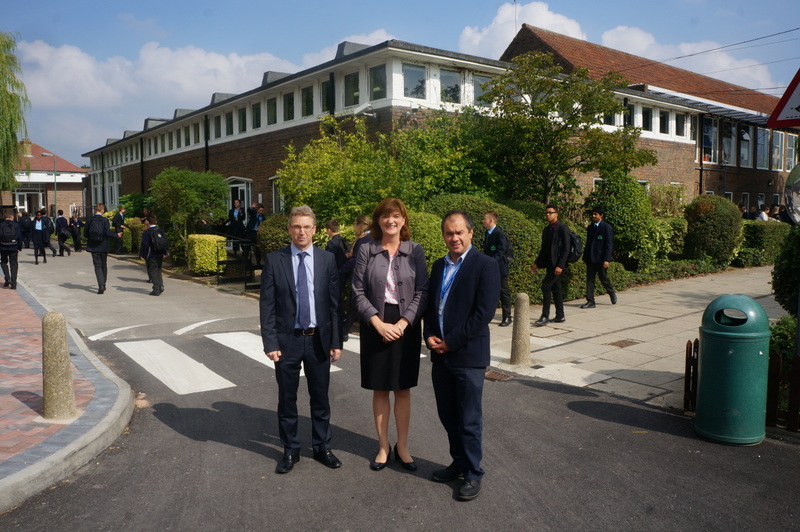 Sutton has consistently been near the top of the education performance tables. People move to the area in order to have a better chance of getting a place for their child in one of the many excellent local schools. That demand plus the fact that five schools in the borough select by academic ability and two on faith, puts a real pressure on the local authority to ensure that there are enough school places for Sutton’s children. In the early 2000s, Sutton started to shrink some of its schools before realising that the demand was increasing, rather than decreasing. Primary schools took on ‘bulge classes’ to cope with the short term and many were expanded through considerable building work. However, it seemed as though the council forgot that children grew up and moved onto secondary school. The planning for secondary school places didn’t seem to be there until the 11th hour.

We now know that we need a new secondary school by 2017 and another by 2020 to meet that demand. Those schools that can expand have, but it’s not enough. The government has invested £50m in tackling the issue in Sutton but we need to act decisively at a local level. 2017 isn’t long. Children currently in Year 4 will be at risk of having to travel outside the borough for the next stage of their schooling if we don’t act now.

Over this period of time, the economic recovery has led to prime sites in Sutton being snapped up by property developers building homes, offices and shops. All good news for Sutton, but that’s left a shortage of sites suitable for a school. Last summer, the council told us that they were looking at sites but refused to tell us which ones. The soon to be vacant Sutton Hospital site seemed to be the only one openly discussed as part of an extremely long-term plan for the hospital land. That site could work but the council would need to find a few million quid to buy the land before a single brick could be laid, the nearby junction would likely need considerable remodelling to cope with increased traffic and the demand for school places is more acute to the north of Sutton. I took the trouble of asking residents living close to Sutton Hospital what they thought. Their clear preference is for a new healthcare facility to be on that site, such as an enhanced GP surgery in the same style as the Jubilee Centre in Wallington.

So, I took it upon myself to look around for a site that might fit the bill. A derelict full sized artificial football pitch at the back of Rosehill recreation ground, next to the Sports Village appeared to be a possibility and certainly worth investigating in more detail. The council owned the site and had put out a tender to sports companies to bring it back into use as a football pitch, in contrast to councillors claims that they had always had this site in their minds as a possibility. The pitch itself has roughly the same footprint as Greenshaw’s main site (excluding the separate sixth form building). Transport links are good, especially if the tram came rolling past the front door and it’s closer to the centre of demand. Of course there are challenges. It’s Metropolitan Open Land so would need permission from the Mayor and of course people naturally don’t want parkland built on without a solid case being made.

I was pleased that after I raised the issue at every opportunity, the council added Rose Hill site to their potential sites, doubling their shortlist to two! Last autumn, they announced that they were going to conduct feasibility studies on the two sites, reporting back at the end of January. Midway through February, I haven’t seen any reports. We can’t rush and make mistakes but neither can we hang around and expect the problem to solve itself. The 2017 academic year is only seven full terms away. I served on the Project Board for the last school to be built in the borough – Stanley Park High School. That was built on a former hospital site. It took years and £1m of legal fees just to agree the purchase of the site between two public bodies. My experience is that schools take time to get right, that Sutton council doesn’t have the best track record of project management and that information is hard to come by from the local authority. That’s why I’m putting school places high up on my list of priorities. We need those places now and we need them for Sutton children. That’s a subtle but important distinction from simply having more places in Sutton which may then simply increase the already high numbers of people coming from Croydon, Merton, Surrey and further afield. Greenshaw and Wallington Boys have both applied to the Department for Education for funding to build a free school. Sutton was conspicuous by its absence in the latest announcement of new schools to be built. We need to have a far stronger voice making our case to the Department of Education than we have now.