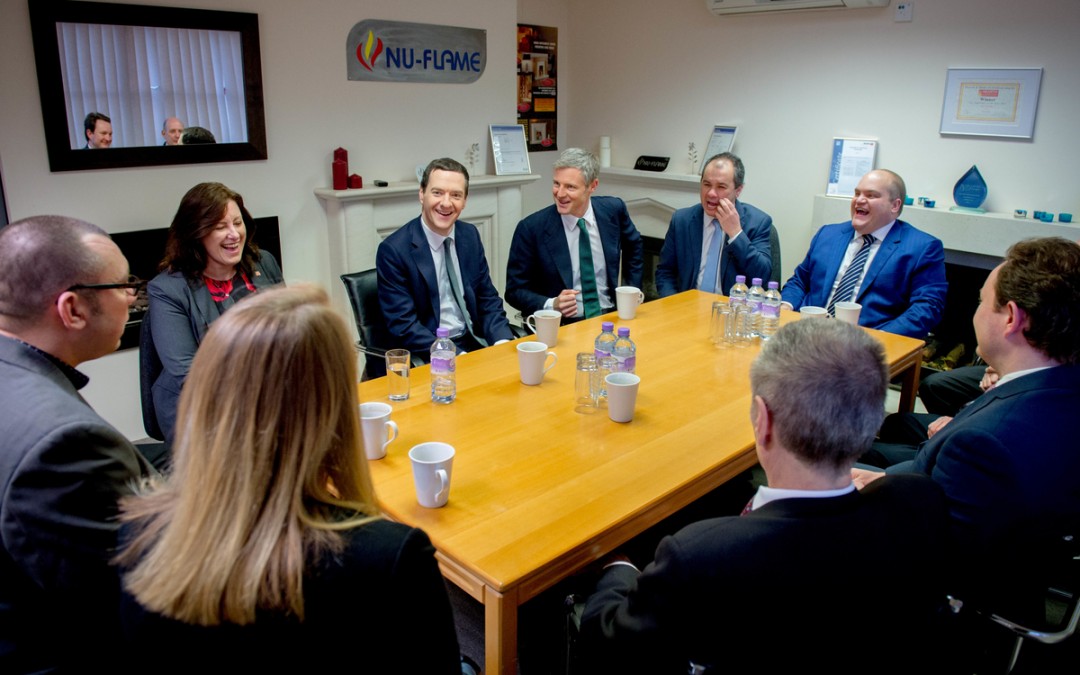 Recently I brought Zac Goldsmith, Conservative Candidate for Mayor of London, and the Chancellor George Osborne MP, to Sutton.

They joined me, our local Conservative London Assembly Member Steve O’Connell, and a delegation of local businesses to talk about how extending the tram to Sutton could really benefit the town centre and drive growth.

Steve said: “I have been pressing Boris for this for some time and know that he is supportive. He and I both want to see the Tram delivered to Sutton. There is an absolute need, however, for the Council to contribute to the project in a meaningful way, and up to now this has not been forthcoming. I am delighted that Zac has recommitted to the Tram Extension, and will provide the leadership needed to make this happen.”

Steve, Zac and George joined me on a tour of Nu-flame on the Kimpton Park Industrial Estate, where they tried their hands at some riveting and folding metal.

Zac said: “There are two options; one, we get a cheque from the Chancellor but given the constraints that the Government is facing that is unlikely. The alternative is devolution to enable us to benefit from the property uplift, we know that when you grow the transport network the first thing that happens is land value goes up. Where land is unlocked directly as a consequence of TfL investments it is not a big stretch that the property tax harvested off the back of that should be kept in London. It would enable us to be much more ambitious and bullish when it comes to making plans for transport link expansions.”

Chancellor George Osborne said: “We have to make sure we can afford it and of course London taxpayers want to make sure it is good value for money. How you pay for that is a big question in a country where we don’t want to raise taxes and want to make sure people can keep as much of their income as possible. Looking at new tax revenue that comes about because of a new Tramlink or new businesses being created or new homes being built I think is really exciting.”

We are finally getting closer to delivering the Tram extension. In the past the Mayor has tried, but the council have not backed up their eagerness with a solid commitment. The announcements today could take the ineffective Lib Dem council out of the picture, so we can get on and get the job done. I am excited at the opportunity these new funding arrangements have brought up, and I will be working with Zac, Steve and George to get this project delivered.

I would like to thank Nu-flame, a successful home-grown manufacturer for hosting us and to all the business leaders who joined us at this event.