No Votes For Prisoners 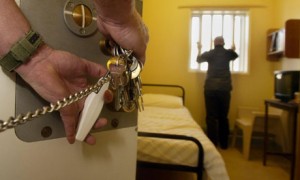 There has been a lot written about whether prisoners should get the vote and what we should do about the European Court of Human Rights. Both of these are highly emotive issues and so it is important that we look at the facts and respond in a sustainable manner. There is no point kicking off about something if the Government will end up having to comply anyway.

So first of all let’s look at the original ruling which was made with 12 Judges in support and 5 voting against. The Grand Committee report of 6th October 2005 said:

“The Court accepts that this is an area in which a wide margin of appreciation should be granted to the national legislature in determining whether restrictions on prisoners’ right to vote can still be justified in modern times and if so how a fair balance is to be struck. In particular, it should be for the legislature to decide whether any restriction on the right to vote should be tailored to particular offences, or offences of a particular gravity or whether, for instance, the sentencing court should be left with an overriding discretion to deprive a convicted person of his right to vote. The Court would observe that there is no evidence that the legislature in the United Kingdom has ever sought to weigh the competing interests or to assess the proportionality of the ban as it affects convicted prisoners. It cannot accept however that an absolute bar on voting by any serving prisoner in any circumstances falls within an acceptable margin of appreciation. The applicant in the present case lost his right to vote as the result of the imposition of an automatic and blanket restriction on convicted prisoners’ franchise and may therefore claim to be a victim of the measure. The Court cannot speculate as to whether the applicant would still have been deprived of the vote even if a more limited restriction on the right of prisoners to vote had been imposed, which was such as to comply with the requirements of Article 3 of Protocol No. 1.”

I have put in bold the key sentences as I see them in this ruling. It is also worth noting that the Court did not award Mr Hirst any compensation, although it was galling to see that he was awarded £23,000 costs despite the fact that he was on legal aid. His solicitor charged £300 per hour – nice work if you can stomach it.

So the Court says that it is up to Parliament to decide on whether we should give prisoners the vote but we haven’t discussed the matter for a while and the Court wouldn’t be happy if the UK kept a blanket ban. Can you spot the obvious contradiction here? Ken Clarke’s ‘best legal advice’ seems to ignore the first part of this and concentrate on keeping the Court happy.
The recent motion debated in Parliament, to my mind, complies with the demand that Parliament should ‘weigh the competing interests or to assess the proportionality of the ban’. Therefore we are left with the second contention, that a blanket ban is not appropriate. This isn’t a ruling but clear guidance on what the Court is likely to decide should another case be brought. The motion acknowledged the treaty obligations of the UK so no-one voted on whether to ignore the Court outright, although there was very much a mood to do so from many in the Chamber.
The media have covered in detail the story of the man who brought the case to court, John Hirst. He is a particularly odious man who killed his landlady with an axe. Having a battle about human rights with someone who thought nothing of extinguishing the life of an innocent woman is simply galling. He runs a blog which, quite frankly, you can look up yourself. In it, he thinks nothing of resorting to offensive insults and meandering rants when he can’t summon up a coherent argument. After calling Priti Patel a ‘paki‘, he said of the London-born MP, ‘Unlike the foreign import Patel, I am a Brit born and bred.’ This, because she has been vociferous in disagreeing with Hirst.
My view, which chimes with the majority of those MPs who voted, is that we shouldn’t give prisoners the vote, least of all to brutal murderers like John Hirst, who despite his protestations about rehabilitation and human rights is a nihilist, interested in nothing but himself and his self-gratification. Therefore, the question is do we risk a follow-up case and possible compensation payments by ignoring the ruling or do we do the bare minimum to comply?
The legal advice given to the Lord Chancellor is that the vote should be given to prisoners serving a sentence of four years or less. This seems to be on the basis that this largely excludes violent offenders. This still sounds arbitrary to me. Supporters of votes for prisoners make much of the role that this would have in rehabilitation. Former jail-bird politician, Jonathan Aitken, was very sceptical of this position in an interview with the Daily Politics. If it was decided that we should try to comply with the ruling, one solution may be to allow prisoners in the final six months of their sentence the vote, rather than looking at the sentence as a whole. This would go some way to complying with the ruling whilst demonstrating a clear reasoning behind the decision, gradually reintroducing prisoners to the idea of reentering society.
However my position is not to compromise. The Conservative manifesto pledged to introduce a British Bill of Rights. The coalition has changed this somewhat, with a Commission being set up to look into the matter. This is usually a kick into the long grass. I hope not too long. Yes we were one of the original signatories to the European Convention of Human Rights, but, as so many things European, we still remain with an out of date solution to a problem that barely exists. The EHCR was set up in the wake of a destructive conflict that tore Europe apart. Nowadays, it keeps busy by dabbling in prisoner votes and whether sex offenders can apply to have themselves removed from the register. Surely the UK legislative and judicial systems are more than capable of tackling these issues?
One final thought; the very mention of Europe gets people hot under the collar about the EU. This is not connected to that thorny issue. Yes, leaving the EHCR and so, probably the Council of Europe will get members of the EU flustered, but it can and should be done. Muddling this up with a yes/no referendum will not help solve this issue, so we ought to tackle one thing at a time.