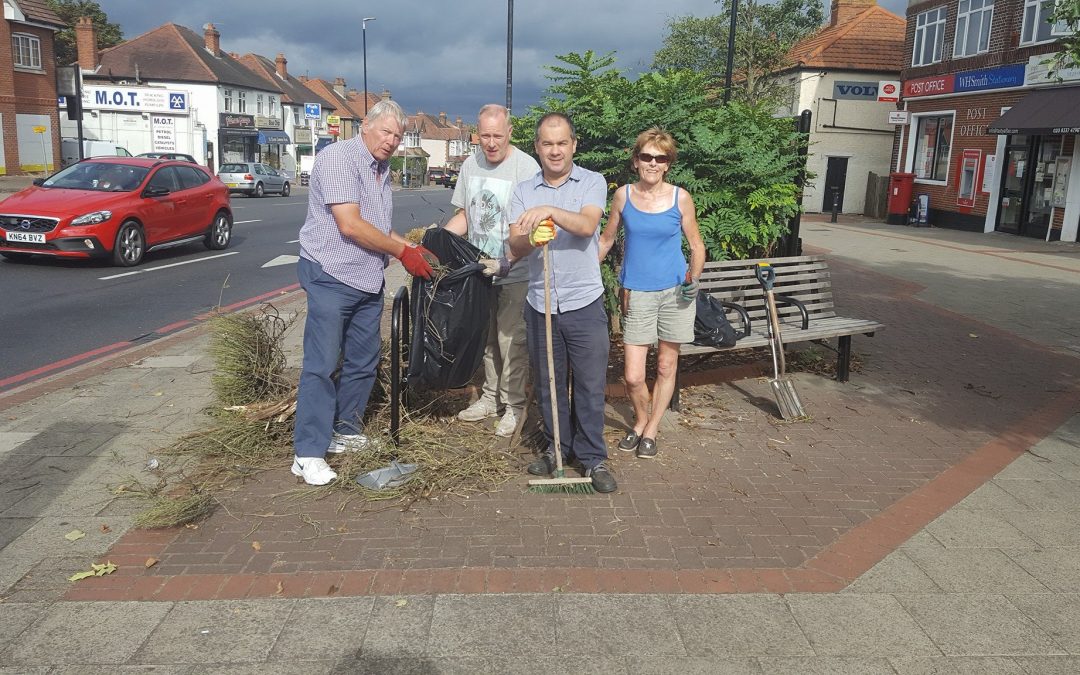 CHAPRA Residents Association, along with North Cheam and Worcester Park residents, have gained funding and support to regenerate the crossroads at the Queen Victoria junction in North Cheam.

Hopefully you will have seen the improvements on each of the 4 corners over the last 3 months. This been joint exercise with the residents, Sutton Council and TfL all taking a hand in funding the improvements, and I was glad to put in some spade work myself. The idea was raised by the CHAPRA residents association back in April and received wide-ranging support.

The work is nearly complete. CHAPRA have received around 90 replacement plants and shrubs to fill the gaps now the dead foliage has been removed, together with a large bag of daffodil bulbs.

CHAPRA are seeking help to plant out the shrubs and bulbs, which will transform and brighten the crossroads. If you are able to help, even if only for an hour or so, it would be greatly appreciated.

CHAPRA will be on site at the Queen Victoria crossroads during the following dates and times:

I look forward to seeing the crossroads blooming with colour in the Spring.