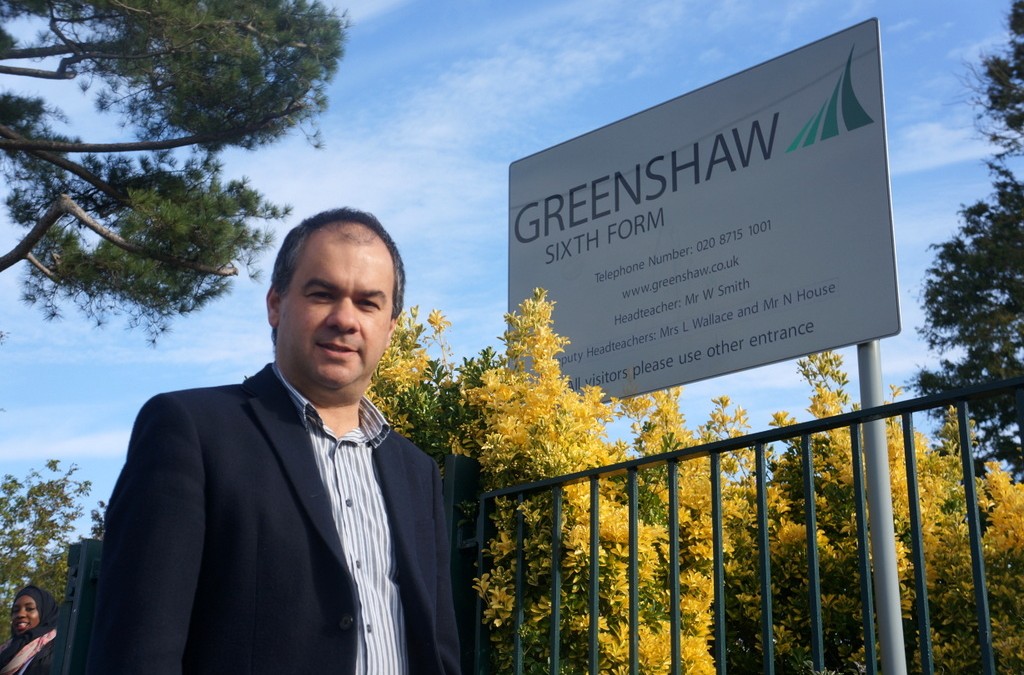 Sutton council have announced their two favoured sites on which to build one or more secondary schools to meet the demand for local places. In addition to the Sutton Hospital site, the council have responded to my call for an overgrown artificial football pitch at Rosehill to be added to their considerations. Until now their long list of potential sites had been secret and were limited by the fact that private investors had bought up most of the best sites whilst the council parked the issue. As recently as this summer, the council were advertising for a company to take the football pitch on a long lease, whilst looking elsewhere for a school site.

The council’s own figures show that a new school is needed by 2017 with another required by 2020. The primary school place crisis that hit many London boroughs a few years ago was always going to develop into a severe issue at secondary school level. The one predictable constant is that school children get older, so local plans need to allow for such increased demand. The Conservative-led government has given the council around £50m over the last few years which has mainly gone on expanding existing primary and secondary schools but given the constraints of the existing plots of land and the fact that there is a point when schools get too big, the borough has reached a level where only new premises will do.

I am not against a school being built on Sutton Hospital but there are factors that need to be considered. When I surveyed residents around the Belmont area earlier in the year, some 70% of them preferred new healthcare facilities on that site rather than a school or housing. Not everyone will want to live close to a school wherever it is built, so from a strategic borough-wide view, the view of neighbours has to be balanced with those residents slightly further away from the site who need the school places, but it is always the decent thing to ask residents first. Sutton council does not own the site. The NHS will have to declare the site surplus to requirements which is likely to happen sometime in 2015 at the earliest as there are still healthcare services on site. The council will then have to find an estimated £5m to buy the site before any building can take place. Increased use of the site will require transport studies and changes to the road layout including the sloping Chiltern Road/Brighton Road junction.

We’ve been here before. I sat on the Project Board of the last secondary school to be built in the borough, Stanley Park High School. That was built on NHS land, the former Queen Mary’s Hospital for Children. I went into that process naively believing that with the local NHS Trust strapped for cash and the council awash with ‘Building Schools for the Future’ money that the last government wanted spending well ahead of the 2010 election, a deal between two public sector bodies could be struck quickly and efficiently. Not a chance! Protracted negotiations led to legal fees of around £1m – private sector lawyers earning good money from public sector inefficiency. The school opened 18 months late, almost solely as a result of the inability to secure the land. Despite the catchment area of the school meaning that more children would walk to the new school, a new road was built as part of planning conditions which runs south in the opposite direction to the catchment area at a further cost of £1m.

The Rosehill land is not without its challenges. The derelict artificial football pitch has roughly the same footprint as Greenshaw’s main building (so excluding the sixth form block). There is a former pitch and putt area adjacent to the pitch which is not used that could be incorporated into the design. The whole area is Metropolitan Open Land (MOL) which means that the council will have to apply to the Mayor for permission to build. They were happy to do so in order to build an incinerator in Beddington on MOL so we will see how that plays out. No-one wants to see parkland built on if there is an alternative but I can’t think of another option. Therefore access to a school on that site needs to have the minimum effect possible on the green space at the front of the school.

However there are significant advantages to this site. Sutton Common Station is close by and should the tram be extended to Sutton it is due to run past the front of the school, thus providing two new travel options. It is situated close to the area of highest demand for places and is close to Greenshaw, the school that is in pole position to be the sponsor of the new school which will be a Free School. The Sports Village next door to the plot have expressed a keen interest in developing a partnership with the new school for sports.

Feasibility studies will be carried out on both sites and are due to be completed by January 2015 with planning permission being sought in the summer. We have had secrecy up to now from the council so it is crucial that local residents are kepy informed, asked for their opinions and able to influence the decisions that need to be made. I am pleased that we are finally on a path to deliver what our children need, sufficient local school places to ensure that those children currently in year 4 can get an excellent secondary-level education here in Sutton. However I’ve seen these projects stall in the past so I will continue to push for action.