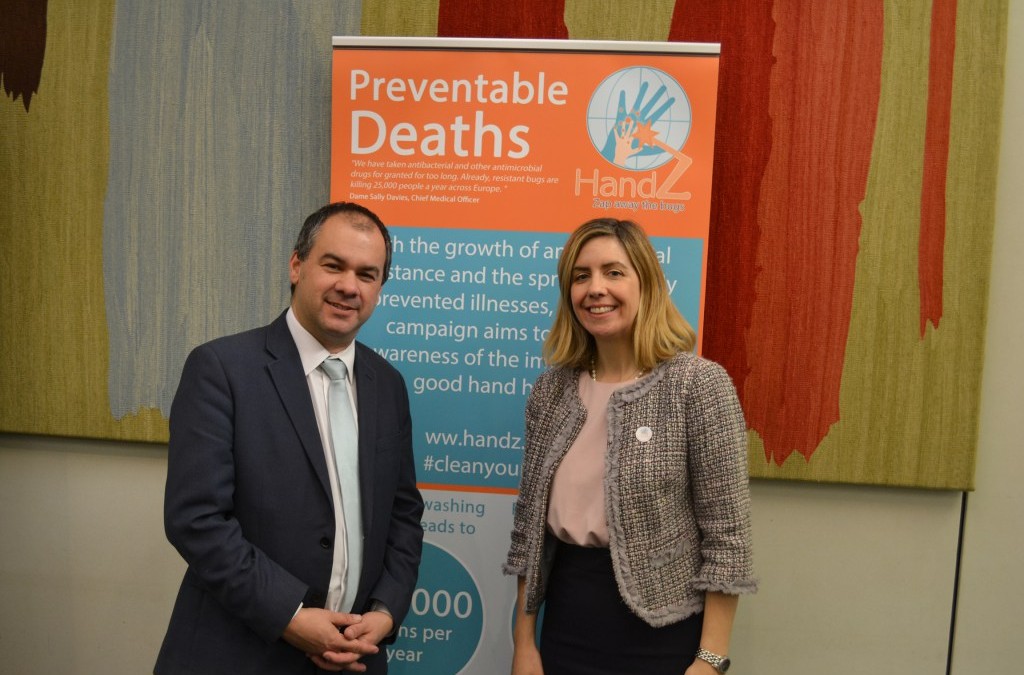 Recently I attended the launch of the ‘Handz’ campaign in Parliament, hosted by my colleague Andrea Jenkyns MP (pictured) and Chief Medical Officer Dame Sally Davies.

The Handz campaign is trying to raise more awareness of Hospital Acquired Infections (HAIs) like MRSA, campaign to educate young people about the advantages of good hand hygiene and push ahead to help solve these global issues. 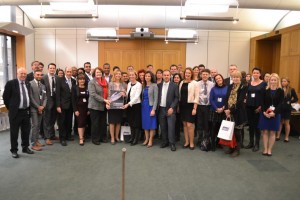 Andrea said, “In November 2011, I lost my father Clifford to the Superbug MRSA following a routine procedure in a hospital. Within 24 hours of being discharged he started to feel unwell and we took him back to hospital and were devastated to hear he had been infected with MRSA. He was in an out of hospital for the last four months of his life. While he was there, despite the fact he was suffering from an infection he picked up in hospital, I was shocked by the lack of awareness of basic hand hygiene in this particular hospital. We want to raise awareness around hand hygiene and make sure we can spread the word far and wide that simple, easy hand hygiene techniques can make a real difference. This isn’t just about hospital settings either. With an ageing population and growing pressure on the NHS, preventing infections and illness is more important than ever. Hand hygiene is a big part of that, and I am delighted that Paul is supporting this campaign.”

I was shocked that, in London alone, from January to March 2015, 2025 people contracted a HAI. In 2014-15, the Epsom and St Helier University Hospitals NHS Trust recorded seven cases of MRSA. I’ve spoken to the Chief Executive and I know they are trying to do more to stamp this out, as even seven is seven too many.

To find out more about the Handz campaign, visit their website at http://handz.org.uk/.