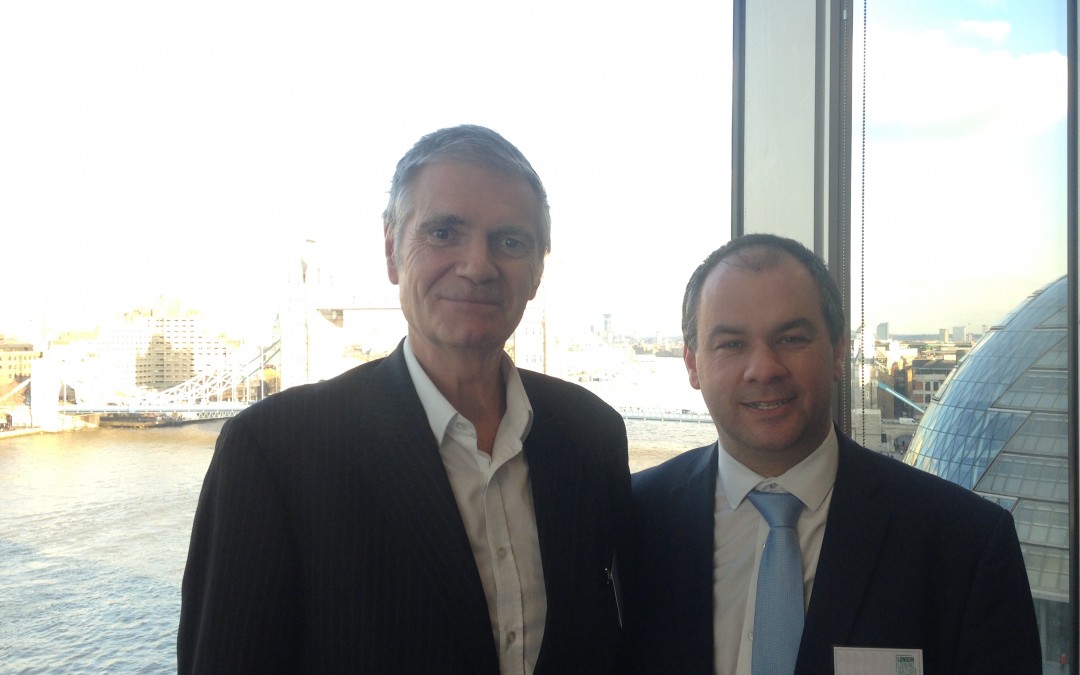 Recently I joined Steve O’Connell, our Conservative London Assembly Member for Sutton and Croydon, at an event in London where Sutton Council gave a presentation to City Hall representatives and candidates for the Greater London Assembly. I was delighted to attend both to represent Sutton, and to scrutinise what the Council was saying about the future of our Borough to the Greater London Authority.

A major part of the presentation was Sutton Council’s 2031 Local Plan, on which it is currently consulting the public. The plan seeks to come up with a vision about what Sutton should look like in 15 years time. I have also been asking residents for their views, and you can take part by visiting suttonlocal.org.uk. The plan offers an exciting future for Sutton. The Chief Executive, and the Leader, of Sutton Council both spoke about how Sutton previously looked southwards towards Surrey, but is now looking to London, accepting itself as part of our capital city, and its plans for growth. I am fully behind this endeavour, as long as the Council comes good on their promise to deliver. Their last local plan and High Street regeneration was a shambles, and they do not have the best record of delivery. I will continue to be a strong voice for Sutton and will keep the pressure on the Council to deliver the growth it promises to residents and to London. Some people want to preserve the borough in aspic. Of course we all want to protect the very best of our local area; the things that give it a unique atmosphere. However to push against the inevitable growth of London will mean that we will forfeit the opportunity to shape that growth here in South London to suit ourselves. Rather than manage gradual decline, as has happened in parts of Sutton for many years, we need to be proactive and deliver a vision that works for us as local residents.

Part of that growth will come from Transport improvements. Compared to other boroughs, Sutton is not well connected, with irregular and unreliable overground rail service being provided by Thameslink and Southern Railways, no tramlink, no London Underground, no London Overground, no Crossrail and only a handful of night bus services. We are starting to make inroads in this area. Within my first year of being a MP, I have managed to get Transport for London (TfL) to agree to get the exciting Crossrail 2 rail service to stop at Worcester Park which will ease congestion, increase frequency of service and provide a greater range of destinations. I joined a delegation of London MPs to lobby successfully for responsibility of London’s suburban rail services provided by Thameslink, Southern, South West Trains and Southeastern, to be transferred from the Department of Transport to TfL, as these companies have proven to be unreliable and I do not believe they can improve their services in a reasonable timescale. I am delighted that this is now going to happen when these rail companies’ contracts expire. Steve O’Connell has also successfully lobbied the Mayor for the 154 to run a night service at weekends.

Perhaps by biggest transport concern was to finally get the Tramlink extended to Sutton. This has the support of over 80% of Sutton residents, and it has been supported by the Greater London Assembly, TfL, the Mayor of London Boris Johnson, and Steve O’Connell. Boris made City Hall funds available for this project and told Sutton Council to come up with their share of the funds together with a plan to deliver the growth in housing and jobs along the proposed Tramlink route which would justify that capital spend. However, the Council have not backed up Boris’ eagerness with a clear plan for deliver which has led this project to sit on ice for several years. That is why I brought the Chancellor, George Osborne, and the Conservative Candidate for London Mayor, Zac Goldsmith to Sutton to speak with me, Steve O’Connell and a group of local business leaders to lobby for the funds for the tramlink extension. I am delighted that they agreed how good the extension would be for Sutton and you can read more about how this could be funded in future here.

Now we are a step closer to delivering on the Tram, I want to move onto pushing for the London Overground service to be extended to Sutton from West Croydon via Waddon, Wallington and Carshalton Beeches. This extension should be a lot easier and less costly as the rail lines are already there. This service would link Sutton to parts of London that were previously hard to get to for Sutton residents.

Later, we were also treated to a presentation from the Institute of Cancer Research, which is hoping to open a new hub on the Sutton Hospital site, linked with the Royal Marsden. I was very impressed to hear the advances that the ICR had made in treating cancer, even in just the last decade, and having a world class research facility in Sutton is a very exciting prospect. My only concern with this element is the presumption that this hub will come with a new secondary school. Everyone knows that Sutton is facing a school place crisis, with a need for 500 new school places by 2020-21, but currently not even a site identified and confirmed, let alone planning permission or construction underway. This project should not presume a secondary school. It was never part of the agreement and for a secondary school to be built there, it would likely have to be some four storeys tall and centimetres away from the closest residential home. I believe we need to park the idea of the school, get on with building this exciting facility and get a desperately needed secondary school built on the appropriate site in Rosehill.

One area of the presentation that did concern me was a presentation regarding housing and the Sutton Decentralised Energy Network (SDEN). Since being elected in May 2015, one of the biggest issues that people have come to me asking for help with is housing. I have heard extremely distressing cases involving children, people with mental and physical disabilities, etc, living in damp and derelict conditions, completely unsuited to their needs. However, I am limited as what I can do as there simply isn’t enough housing stock to meet the demand. The truth is, there just isn’t enough housing being built in Sutton. I believe we need to completely rethink urban living to tackle this problem. Sutton has often been thought of as a green and leafy suburb, and while many areas in the Borough still fit this description, our population is growing fast and our town centres are becoming crowded. We need to build more, but build well. This involves, in my view, not being afraid to build higher in the town centre, where tall developments will not overlook people’s back gardens and not destroy local charm. The presentation was an attempt to say that Sutton was meeting housing targets, but its far from having enough development planned to meet demands. It also was an attempt to say that Sutton was building well and sustainably. The example of BedZed in Hackbridge which was cited is some fifteen years old, not universally feted by local residents and isolated as a single example of its kind. We need to look beyond past glories and learn from other boroughs and other cities to see how to satisfy housing demand whilst protecting open spaces and family homes as well as ensuring the necessary supporting infrastructure and local jobs are in place.

I am sceptical about the proposed Sutton Decentralised Energy Network (SDEN). In short, SDEN is an energy company set up by Sutton Council to run and profit from the energy created through burning waste at the planned incinerator in Hackbridge by selling this to homes being built on the Felnex estate in Hackbridge, and then to more homes throughout the Borough. My concern comes not from the fact that the Conservatives in Sutton opposed building the incinerator in the first place, but that price estimates for the energy sold from the incinerator appears to be locking in new residents to incredibly uncompetitive prices.

I am grateful for being invited along to this event and I am excited about the projects that are underway for Sutton. Whilst I belong to a different political party to the one that runs Sutton Council, I want to be a constructive partner in delivering growth for Sutton, and I am always willing to work for the good of the Borough. I will criticise the Council when it lets residents down, but it will not be without offering an alternative and a helping hand to get it right.