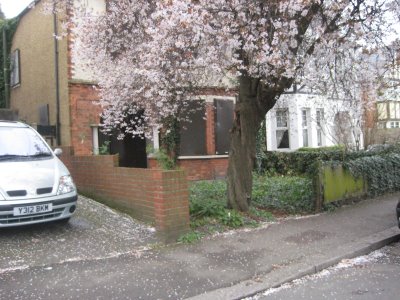 Last year Sutton was 6th in London for having the highest proportion of empty houses. Many of these were private homes. The Local Government Association has called on the Government to cut VAT on refurbishment work to encourage owners to bring them up to scratch and occupied. At the moment, new builds are exempt from VAT but refurbishment is not. A separate campaign, Cut the VAT has more details.

In the meantime, residents have been asking what is happening with the empty property in The Square. There have been security problems over the period whilst it has been empty. It has been earmarked for some residents moving from Orchard Hill in Carshalton. The Primary Care Trust seem to be the sticking point. I hope that they start to accelerate their efforts to rehouse people from Orchard Hill which was due to have been closed down last year. Whilst the delays continue to this major project, Stanley Park High School remains unbuilt, the property above remains empty and some residents remain in unsuitable accommodation.