Getting the balance of social care right 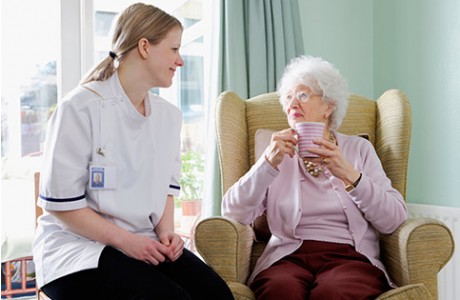 Given the concerns expressed over the last weekend about social care, it is important to explain the government’s plans properly, cutting through some of the political spin.

The Conservative manifesto includes our commitment to strengthen the social care system with more and sustainable funding to cope with the long-term pressures caused by the fact that we are living in an increasingly ageing society. After all, there will be two million more people over 75 years old in Britain over the next decade alone and a third more people aged 85-plus in 2024 than there were in 2014. Furthermore, the growing number of long-term conditions such as dementia is putting increasing pressure on the social care system. At the moment, elderly people in need of care face high costs and inadequate treatment, as well as the risk of seeing the assets they built up over a lifetime depleted to virtually nothing. I believe the social care system will collapse unless we make some important decisions now about how we fund it.

That is why we have to act. And it is why – to give people security – the government included in their plans, measures to make sure no one should have to sell their family home to pay for their immediate care needs. They have also said that they would protect a minimum of £100,000 of your savings so, however expensive your care, you will be able to pass something on to your family.

Most people don’t have to think about long term care and as a result it is important to understand how the present system operates, for despite the comments by some, care and support services in England have never been free. Right now, most people have to pay something towards their own care and some will already have to pay for all of the costs. The current lower limit, where all their remaining savings will not be used, is when savings fall to £23,250 at that point they will be on a sliding scale means test until their savings reach £14,000. For those in residential care the value of their house is taken into consideration as well.

Whilst local authorities may cover some or all of the cost of care in some circumstances, its help is “means-tested.” Right now whether you are in a Care Home or receiving support in your own home you will be expected to make a financial contribution. Furthermore, property has always been calculated in personal care package, evidenced by the existence of a “12 week disregard.” Worse, the present system can be a lottery, with some local authorities requiring the payment whilst the person needing care is in the home. This has often resulted in people having to sell their homes, causing real anxiety and worry to those who are in need of the care when the system should be supportive. These new proposals will bring an end to the need to sell your home whilst you are alive.

So, this plan would replace and in so doing improve the existing system where people often get poor quality care – and stand to lose almost all their savings and assets, including the family home. This plan addresses the worry people have when they have a loved one with a long-term condition, and they don’t know how they’re going to afford to care for them.

Furthermore, these proposals will be presented in the form of a Green Paper, (a government consultation document) and they provide the beginning of a solution to social care without increasing taxes on younger generations. That consultation will include an absolute limit on the amount people have to pay for their care costs. Importantly everyone will get to comment on what is in the paper and the government will listen carefully to the concerns of all of you before setting the final policy.

But since the manifesto was published, the proposals have been subject to fake claims made by Jeremy Corbyn. It is sad that he has resorted to whipping up fear and scaremongering. That is why I hope Theresa May’s statement, that there will be an upper limit to the amount that people will have to contribute should reassure you that you will not eat into all of your savings and satisfy those who have been worried by some of the scaremongering from the Labour party.

So for the avoidance of doubt, let me reiterate:

For surely the greatest unfairness is if we dump the costs of social care on to our children, for this is the likely alternative. Despite all the scaremongering from Labour, that is what their proposals will do. Labour’s fantasy manifesto with over £10’s of billions of uncosted spending pledges will result in enormous tax increases. First, Jeremy Corbyn plans to drag some 3.9 million more homes, including half of all homes in London, into paying inheritance tax. Jeremy Corbyn has even said he could increase the basic rate of income tax for millions of people from 20 to 25 per cent to fund social care. So Labour will hit those families with heavy taxes, at the very point they might expect to receive the money from their parents.

I believe we save first and foremost so that we are not a burden on our children and so that we can all have a better than basic retirement without the need for our children to have to finance our support. Whatever is left over of our savings and capital, of course should go, if we wish it to our closest relatives

Our welfare reforms are getting more people into work and then ensuring they save through our recently introduced automatic enrolment scheme will make sure there are fewer people in future who fail to save sufficiently for their retirement, reducing the future burden on our children.

Theresa May has shown determination and boldness in tackling this issue head on, I believe she is right to do so, for the alternative is a Corbyn led government which will tax us so much that any thought of passing on savings to one’s children will become a folk memory.

I hope this explains what the government is proposing and reaffirms the fact that a full consultation will take place before any policy is put in place. I also hope that on 8th of June, you will balance this issue alongside the very real damage that a Corbyn led government – shored up by the Scots Nationalists, Plaid Cymru, The Greens and the Lib Dems, (in effect a coalition of chaos), would do to our country.

Whether you voted leave or remain in the referendum, I hope you will agree it is vital our government gets a good deal from the negotiations with the EU. Given that the Prime Minister will sit down with the EU to start those negotiations very soon,only Theresa May’s strong and stable leadership could achieve a good outcome for this great country of ours.