Big Society to Save Sutton From Big Mistake? 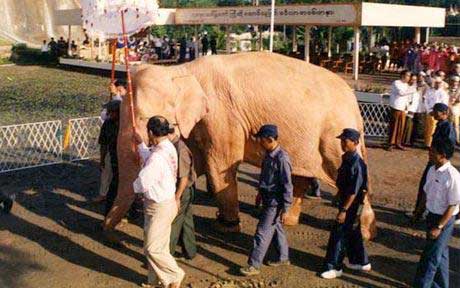 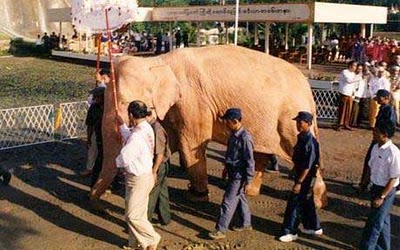 The Leader of the Council in Sutton has joined David Cameron on his trip to India to tell people there about his very own white elephant, the controversial £8million Sutton Life Centre.

Sutton has been picked as one of four councils to pioneer the Big Society as a Liberal Council, alongside Labour Liverpool and Conservative-run Windsor & Maidenhead and Eden Valley. Sutton have picked four projects to trial

1.give people influence for transport decisions and allowing greater local choice in schemes that suit them

Essentially this is keeping Smarter Travel Sutton going now that the £5million Transport for London funding has been spent.

In a serendipitous move, a team of ‘young advisers’ will meet in the Sutton Life Centre attracting another revenue stream for the building that still has no meaningful business plan and an uncertain future. Ostensibly this is to help ‘continue’ to allow the Council to consult local residents. Sutton has one of the poorest records in London when residents ask whether they feel if they can influence local decision making. Promotional banners were put up along residential streets telling people that they can influence decisions last year so that the Council could help boost their survey figures and so hit a government target that attracted some funding. So they spent some taxpayers money to get some more taxpayers money. Not the most efficient way to do things.

3.give communities the power to green their neighbourhoods

This will help fund the Hackbridge project, which aspires to make this part of the Borough ‘the greenest place to live in the UK’. This ambitious project has struggled for funding since its inception.

4.give people a greater say in local health provision

The Council is a major commissioner of services from the National Health Service, in particular for Adult Social Care. It is right that health provision should be moved away from the great monoliths of the Primary Care Trusts and closer to local people but I wonder if this move has been superceded by the Government’s plans to scrap Primary Care Trusts, putting the power and decision-making with GPs.

You’ll see a thread with the first three. Sutton’s LibDems are saying that the Big Society has already started in Sutton. I say that they’ve found three projects that were struggling for cash and have latched onto a sugar daddy.

The Big Society is a great concept, that has not been discussed widely enough yet to be understood by many. However, this isn’t it. Handing down power to the Local Authority from central government is just a first stepping stone. Free schools, giving spending decisions to GPs, giving voters the power of recall, these are all examples of handing power back down as close as is possible to where decisions are made and should be the way ahead. Instead, here in Sutton, we’ll see the majority of residents shrug their shoulders at best and continue to rightly complain about why decisions are made about paving the High Street for £3m and putting up the Sutton Life Centre at £8m without them being consulted first. Sutton could and should have been bolder in putting forward ideas. Maybe, and whisper it quietly now, they could have asked residents how they would see the Big Society manifest itself in Sutton?