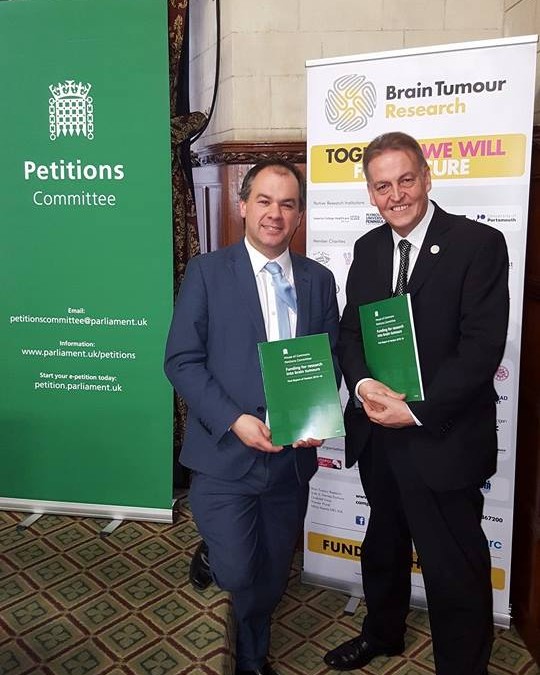 One of my favourite parts of being a member of the Petitions Committee is the variety of topics up for discussion. In my first few months on that Committee we have debated banning Donald Trump, stopping all immigration, and compulsorily giving children a meningitis vaccine, to name just a few.

Recently, we had the chance to consider brain tumour research following a petition to parliament that reached 120,000 signatures, calling for increased funding into brain tumour research. It called on the Government to give a clear statement of whether current levels of funding are adequate, and if not, asks what it will do to improve it.

Unanimously, the Committee agreed that despite brain tumours being the biggest ‎cancer killer of children and adults under 40, patients are failed at every stage. So we produced a report and agreed to forward this topic for further debate in Parliament.

You can read the report we produced here and I look forward to the follow-up debate on April 18th.