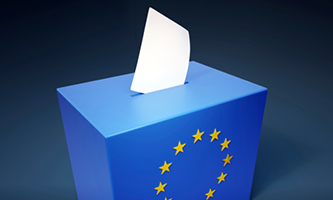 The EU Referendum Bill cleared its committee stage today. A number of amendments including changing the voting age to 16 were defeated. Whatever your position on votes for 16 (I’m not in favour), it is not appropriate to rush consideration of this important issue just to fit in with a single vote. It’s far better to consider the matter separately and carefully. Sticking as close as possible to the existing General election register is the most appropriate format for this important constitutional vote.

However, in the days before Tuesday’s vote I had my first occasion to stop and think as to whether I would vote against the government. As the Bill is currently worded, purdah period just before the referendum would  not be in place. Let me explain. In the lead up to General elections, the government does not publish any decisions, comments or figures which may be controversial or be seen to be helpful to one or more political parties. In Sutton, the publication of a decision to allow a building in Worcester Park to be used as a mosque was delayed until the week after the election. If that had come out before, it may have adversely affected the incumbent MP more than me. In the case of the referendum, having the machinery of government producing figures that would help David Cameron secure a vote to remain in the EU would rightly, not be seen as a free and fair referendum.

The government’s reasoning for suspending this rule is that the EU is so pervasive, stopping the government machinery for a month would be incredibly difficult. I understand that. However I would rather see some explicit wording that allows government to continue but heavily limited in what it can publish. I was pleased that the government listened to me and many of my colleagues. There is another stage, the Report Stage, which will come in September where a new amendment can be considered and the government has pledged to go away and come back with new wording. Therefore I was content to vote with the government in anticipation of that change.

This is one of those things that sounds a bit niche, but can be so important come the referendum, so it is better to get right now.