Localism: Wake Up And Smell The Coffee 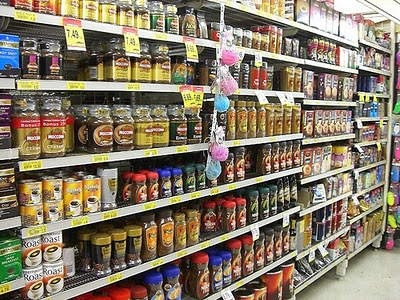 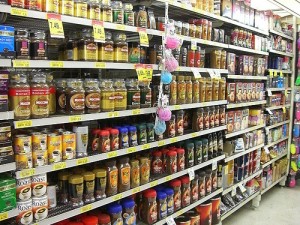 You may assume that the Daily Mail would welcome George Osborne’s announcement that Council Tax would be frozen for the second year in a row. In an interesting but perverse article, Ross Clark of the Mail argues that the freeze will lead to councils increasing fees elsewhere. In fact councils will receive the full amount because George Osborne is picking up the slack by using an £800million fund of money left unspent in Whitehall to compensate local authorities for lost revenue. The amount of council expenditure covered by council tax collected varies enormously between authorities. Two London Boroughs illustrate the stark contrast with 34% of Kingston’s spending coming from council tax receipts compared to a mere 6% across the way in Tower Hamlets.
The article continues by claiming that Eric Pickle’s call for localism has exploded in his face because of councils increasing their parking charges by different amounts. The fact that different councils are responding to the economic climate in different ways is not new and is exactly what would be expected from a truly localised system of local government. What is new is the lack of regulation, inspection and bribery through ring-fenced grants that the previous central government used to flatten out local differences. This stifled so much innovation, and pandered to the lowest common denominator. Councillors acted as branch managers of Whitehall, rather than being able to respond to local challenges and demands.
We have a degree of choice in the education of our children; community schools, academies, Free Schools and the independent sector. The National Health Service has an increasing level of choice for patients but local authorities have remained largely untouched with the occasional tinkering around the edges and the occasional discretionary scraps of funding to give neighbourhoods the impression that they could engage with their local authority in a meaningful way.
Allowing local authorities to make visibly different decisions may startle some people, who then may investigate further and realise how long some things have been allowed to carry on without challenge. Similarly, they may discover some superb examples of innovation that have been hidden from view. Residents can then engage on the basis of full disclosure, voting less on a tribal basis and more on what effect their decision may have on their lives over the following four years. Few people would hand over £5,000 to a travel agent or car salesman without worrying about the details of the holiday or specification of the car that they will receive in return. However, a huge number of people do exactly this with their council tax over the four years of most council administrations.
It was only when councillors in Reading discovered that £1.4million of taxpayers’ money had been spent over 12 years funding fulltime union representatives rather than union subscriptions that something was done about it. Sutton taxpayers are still only now beginning to realise that 10% of the entire council tax bill for the Borough was spent on a single building to service schools mainly outside the area whilst significant cuts were made. Such stories are uncovered by a handful of dedicated councillors, residents and local journalists. Greater transparency and local accountability will throw up more examples and eventually stop many more decisions being taken that are simply not in the interests of the taxpayer.
We’re used to exercising choice right down to what coffee we buy in the supermarket. When presented with fifty different jars on the shelves, the decision is not always on what is the cheapest. An ethically minded shopper may spend extra on Fairtrade, someone who wants to impress may choose a coffee from a particular area. Most people still end up with the big, safe brands and this will be the case when it comes to voting. However, a choice based on the fact that local representatives will take important decisions close to the people who are most affected, must surely always be the best. Localism can be edgy, especially whilst people adjust to their new responsibilities and to greater accountability, but voters will now know where their local decision makers live and councillors will need to up their game. You cannot have it both ways. It is a case of responsive local government or highly regulated, centralised decision making from Whitehall. So, go local but then shop around. Wake up, smell the coffee and see if there’s another brand that suits you better. Maybe that quietly streamlined jar in the corner will have a fuller flavour at a lower cost.