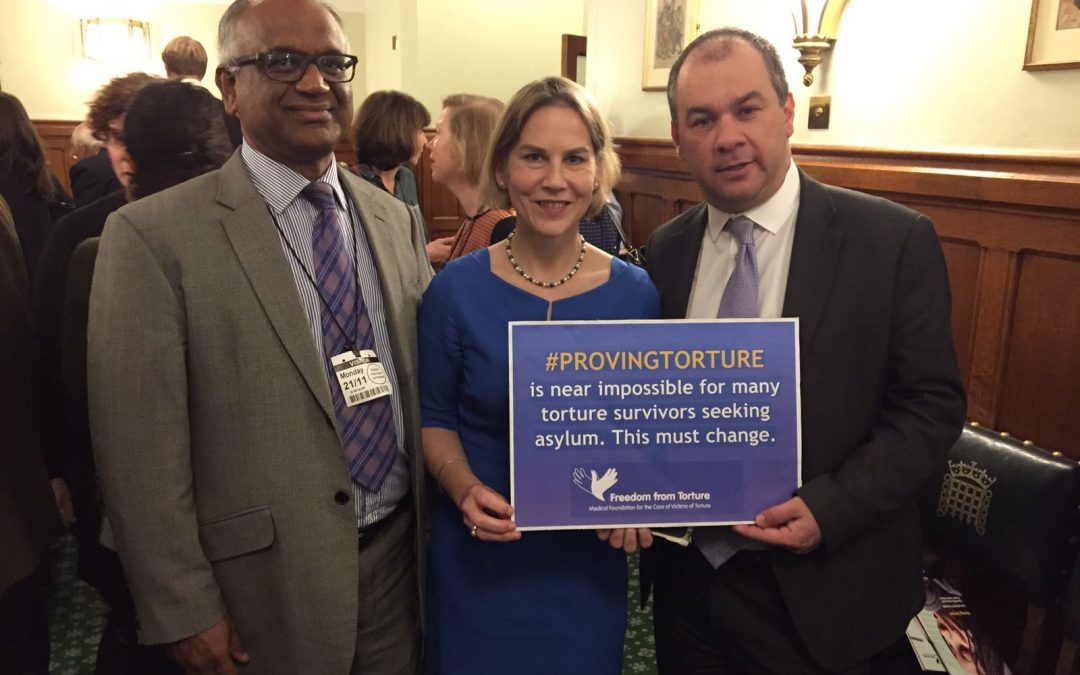 The charity Freedom from Torture held an event in Parliament to launch their new ‘Proving Torture’ campaign hosted by my colleague Dr Tania Mathias MP.

The event was to highlight the findings of their Proving Torture report, which outlines the failings in how medical evidence of torture is being used in asylum applications.

For torture survivors the decision over their asylum application can mean life or death, and if their application is refused it can be very distressing. The report reveals some very worrying evidence of people having their medical evidence mishandled and being let down by the system.

I have joined calls for improved handling of torture cases. To find out more about the report and the work of Freedom from Torture, click on the links above.