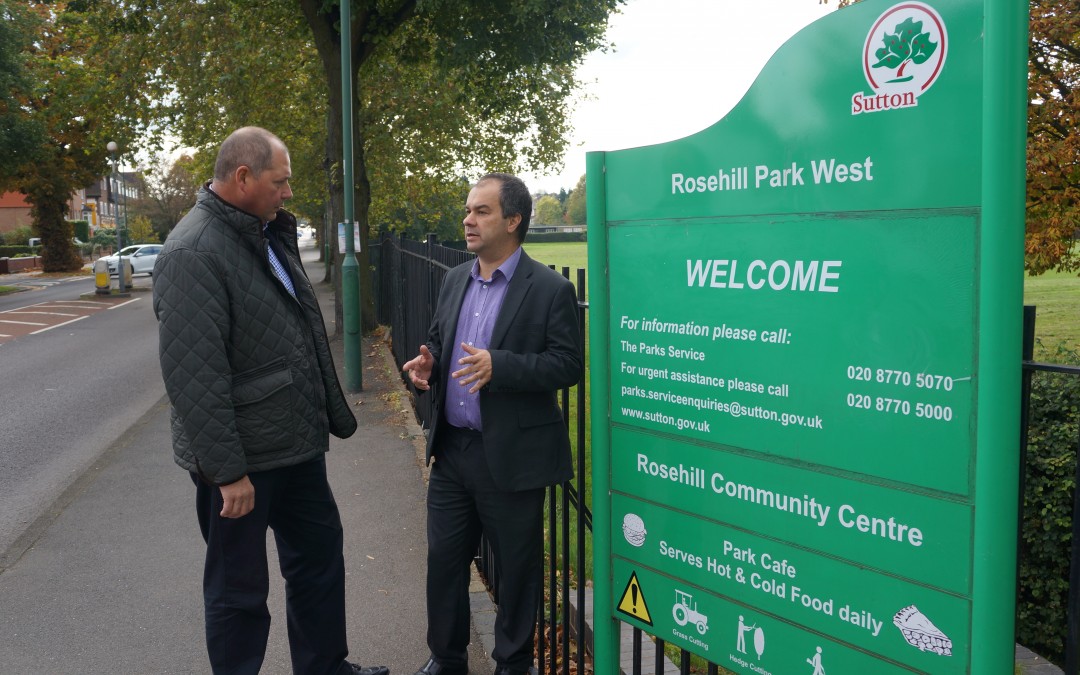 Today I spoke at a debate in Parliament about Secondary School places in the London Borough of Sutton. We are now less than two years away from a potentially disastrous situation where hundreds of children currently aged 9, will be left with no local school place. Before the election, I outlined my support for a school to be built on the derelict all-weather pitch in Rosehill Park. The Council were in discussions with the Greenshaw Learning Trust about this site, but abruptly and without warning pulled out from those discussions. I am extremely disappointed that the Council have behaved in this way. That sort of approach to negotiation runs the risk of alienating potential investors considering Sutton who may be put off by this lack of integrity in negotiating.

I am also disappointed that the Lib Dem MP for the neighbouring Carshalton and Wallington constituency, which makes up the other half of the London Borough of Sutton, not only failed to show up to the debate today, but later tweeted that he believes Sutton Council are on track with school place planning. This is simply untrue. We need a new school by September 2017 and there is currently not even an agreed site, let alone planning permission or the beginnings of any actual construction.

I was encouraged by the response from the Education Minister, Sam Gyimah MP, who said: “…I am seriously disappointed that the Council has since changed its mind about [the Rosehill] site and removed it as an option. Rosehill remains the preferred site for the Sutton free school due to size, access to playing fields and location for a much needed large 8 form entry secondary school.

“At this early stage we still have the opportunity to review the options for bringing forward two much needed secondary schools in Sutton, and I urge the Council to reconsider its plans to meet its basic need for secondary places.”

I am pleased that the Minister recognised that Sutton is going down a blind alley, playing politics with the education of our children. The Leader of the Council seems to be putting off politically difficult decisions until after the local elections in 2018 and has not ruled out building a school in Rosehill after that date anyway. We need the council to put politics aside and do the right thing for our children.

You can watch the debate here.