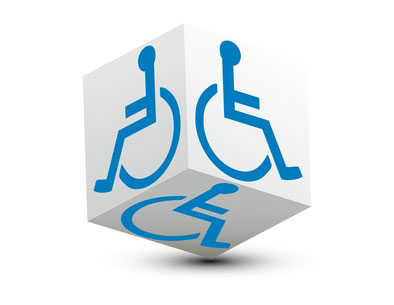 I have had a number of  people contact me, primarily over social media, about the Welfare Reform Bill which I supported and indeed served on the Bill Committee as it was going through the legislative process. The bill proposed a number of changes but the area that has been raised by most people is the changes to the Employment Support Allowance (ESA) for people within the Work Related Activity Group (WRAG). In the Summer Budget 2015, the Chancellor announced that from April 2017, new ESA claimants who are placed in the WRAG will receive the same rate of benefit as those claiming Jobseekers Allowance (JSA). The changes only affect new claims after that date and there will be no cash losers among those who are already in receipt of ESA.

The UK has created more jobs than the rest of Europe combined in recent years but that benefit has yet to reach those on ESA. While 1 in 5 JSA claimants move off benefits every month, this is true of just 1 in 100 of ESA WRAG claimants. They deserve better than this. As well as providing financial security for individuals, there are many reasons  why for those who are able to, work is the most effective way to improve the well-being of individuals and their families. Those in the WRAG currently receive additional cash payments but little employment support. Fixing on welfare treats the symptoms but not the causes of poverty and thus all too often can trap people into dependency. The additional cash payment in some cases can act as a disincentive  to move into employment. Therefore some of the money currently spent on cash payments will be redirected into practical support that will make a genuine difference to people’s life chances.

This new funding will be worth £60m in 2017/18 rising to £100m in 2020/21. It will support those with limited capacity for work to take steps to move closer to the labour market and then when they are able, back to work. How the money will be spent is going to be influenced by a taskforce of representatives from disability charities, organisations, employers, think tanks, providers and local authorities. Most people with disabilities and health conditions want to get back to work.  There is a large body of evidence that work is generally good for physical and mental wellbeing. A White Paper will shortly be published which will set out the reforms to improve the system of support. In addition to this, Universal Credit is already helping by introducing earlier support and putting claimants in the best position to move into and stay in work. They can work with their dedicated Work Coach alongside health professionals to receive personalised integrated support. The new Work and Health Unit has at least £115m of funding to pilot new ways to join up across the health and employment systems. £43m is being invested over the next three years to trial ways to provide specialist support for people with mental health conditions. The government’s Disability Confident campaign seeks to challenge the attitudes of employers towards recruiting and retaining disabled people.

The government is spending £ 50bn each year on benefits to support people with disabilities or health conditions. This is over 6% of all government spending. The budget for Disability support has been higher in every year since 2010 than that of the last Labour government. I believe that it is important that it gets to those who need support most and is spent on securing a long term benefit to those who need such support. Some of the media coverage on this issue has been emotive, relying on the thought that it is simply best to write off the possibility of 99 out of 100 people with a disability or a health condition. I made my decision to support the government in order to tackle the long term underlying issues which can help those individuals get into and stay in work.