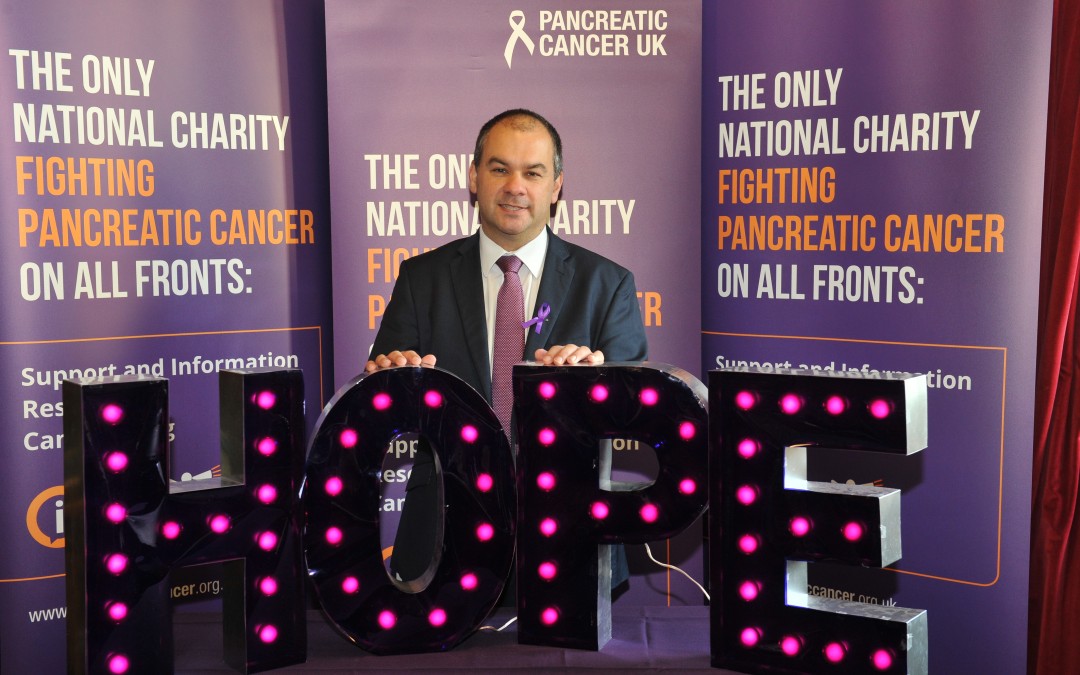 It was only after the partner of a friend of mine was diagnosed with pancreatic cancer that I realised how serious this illness is, yet how low the survival rate is. Tragically, only four per cent of patients live for five years or more after diagnosis. In addition to learning about these dreadful survival rates, I heard about the need for earlier diagnosis, more research funding and better access to new treatments for the disease, as well as the work being done by Pancreatic Cancer UK to fund its own research and provide support for patients and their families around the country.

I was joined by patients and family members of those affected by pancreatic cancer, as well as specialist nurses and representatives from Pancreatic Cancer UK. MPs were told about the many local supporters taking part in Pancreatic Cancer UK’s Purple Lights for Hope events on November 1st.

It was a pleasure to attend this event organised by Pancreatic Cancer UK, to learn more about the work of the charity and the support and research it funds. Sadly, the survival rate for pancreatic cancer speaks for itself. I know there are many people within my constituency who have been touched by pancreatic cancer and we need to do more to improve awareness of the disease, its signs and symptoms, and do more to radically improve the shockingly low survival rates. That’s why I’m supporting the charity and its Purple Lights for Hope campaign as part of pancreatic cancer awareness month this November.

Alex Ford, Chief Executive of Pancreatic Cancer UK said: “We were delighted to welcome Paul Scully MP to this important event and we thank him for his support. We hope he will help us spread the word about pancreatic cancer far and wide this November.

“It’s shocking that the number of people living for five years after diagnosis with pancreatic cancer is still just four per cent, and that figure has barely improved in the last 40 years. Yet across the UK, we know so little about the disease. We all have a role to play in raising awareness of this dreadful cancer, so people know the signs and symptoms to watch out for. I would urge local people to find out more about the disease today.”