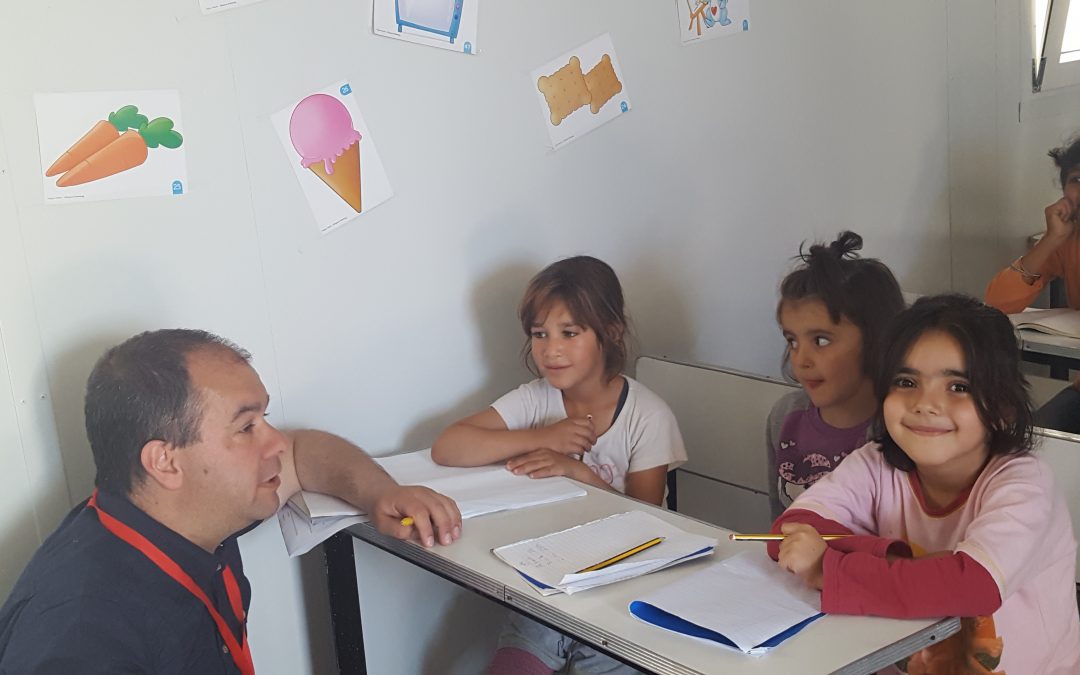 From the body of Alan Kurdi, the three year old boy washed up on on a beach near Bodrum, to the bewildered boy sitting upright covered in dust and encrusted blood in a hospital in Aleppo, images from the atrocities in Syria and their fall out have been pulling at the emotions of people in the West for years now. People feeling helpless in their comfortable homes, rightly demand that their government acts to tackle the misery, the pain and the suffering felt by those fleeing for their lives, especially the children that have known nothing else.

However difficult to see, working out how we can help every child in every circumstance, we need to remain focused, making sure our support has the best effect on as many lives as possible. This is how I have based my approach to voting in Parliament and I am pleased to say this is how the UK government has approached its policy. Some clickbait media write deliberately provocative articles, either through misinformation or by exclusion. The refugee crisis is complicated. That’s why it is still an issue years after the Syria crisis started. It can’t be boiled down to a three line article throwing accusations without any attempt to explain the background that has led to much debate in Parliament and in the Council of Europe. People may not accept the UK government’s approach but I still believe it to be the right one and it deserves the chance to explain its reasoning.

From the beginning, the UK government took the view that it was best to support refugees as close to their homes as possible. Most Syrians do not want to permanently relocate across the other side of the world. They just want peace and the ability to go back, return to their homes and start once again to educate their children. The UK has been a major supporter of humanitarian aid in Syria, Lebanon (the country with the most refugees per capita) and Jordan (number 2 in the list), second only to the USA with more than £2.3bn of our aid budget providing places of safety where we are caring for more than a million people. The government has taken the view that this approach reduces the pull-factor that encourages people into the hands of human traffickers, making the perilous journey across the sea. I have been to the Moria hot-spot on the Greek island of Lesbos with a delegation of European politicians all members of the Council of Europe. We saw a protest of predominately North African migrants who pelted our bus, complaining that Syrians were getting preferential treatment. Regular fires break out on the camp burning down tents and often ending in fatalities. I met children who were able to receive some education in makeshift camps run by the Greek navy in Athens. There I met a Yazidi Christian from Iraq who explained how he and his five children fled from Daesh, crossing the mountains and making that boat trip. The youngest of his children was only 10 days old at the time they travelled. Bearing in mind the modus operandii of those making the crossing is to deliberately capsize the boat when approached by a boat from the navy to force them to be rescued and relocated, it is a miracle that this tiny scrap of a lad managed to survive. He did and was a healthy 3 month old when I saw him.

I also saw the makeshift camp in Syntagma Square, Athens’ equivalent of Trafalgar Square where migrants who were mistrustful of the authorities camped down each night rather than going to one of the formal camps. They had arrived believing that they would be able to travel freely to a country of their choice, predominately Germany, Sweden, Norway and Switzerland, only to find that the borders have been shut and they were stuck in Greece with no prospect of moving on. This situation had been exarcebated by Angela Merkel’s short-lived offer to allow 1 million refugees to come to Germany. She shut the border within a week and admitted that she was unprepared. In the meantime, 200,000 migrants had walked across Slovenian countryside (population 2m), tensions in Hungary grew and Macedonia closed their border with Greece trapping people in the most terrible conditions by the border. Essentially this started with a kneejerk policy, undoubtedly well-intentioned, but with little regard to the likely consequences. It started as a reaction to the photo coverage rather than a response to a review of what was possible. The UK has taken another tack based on refugees closer to the conflct zone, one which the Commissioner for Human Rights at the Council of Europe told me with hindsight was the correct decision.

We have a number of schemes for resettlement beyond the Dubs Amendment. We will resettle 20,000 Syrians over the course of this parliament and we will also resettle 3,000 children and their families from the wider region. In the last year, the UK has granted asylum or another form of leave to over 8,000 children and of the 4,4000+ individuals resettled through the Syrian Vulnerable Persons Resettlement Scheme so far, around half are children.

This week the Government announced that in accordance with section 67 of the Immigration Act (known as the Dubs amendment), they will transfer 350 children to meet the intention and spirit behind the amendment. This number includes 200 children already transferred from France and will include a further 150 over the coming months. The scheme has not closed as has been reported by some. The legislation obliged the government to put a specific number on how many children they would take based on a consultation with local authorities about their capacity. We need to make sure that these children have the intense level of support and care that they need.

I am not aware that Sutton council is suggesting that they have extra capacity. I would be surprised given the number of local people who come to my surgery about their emergency accommodation which is located out of borough in places like Mitcham, Thornton Heath and South Norwood. However if they have, like any council, they can still participate in the National Transfer Scheme. Each year the UK has around 3,000 unaccompanied asylum seeking children arrive in Britain and currently a small number of councils are taking a disproportionate share of the burden in caring for these children. Kent alone, supports almost a quarter of all child refugees in Britain. That’s five times more than the whole of Scotland – and 12 times more than Wales.

The only way to solve this crisis is to end the conflict; anything else is a method to manage it. The UK is in an incredibly difficult position as are other European countries. For every child taken in from one country, another stays behind elsewhere. However in the meantime the UK will continue to play its important role in supporting people fleeing from conflict, each and everyone a human being with a tragic story, not just a statistic.