Tackling the Pothole in the Age of Austerity 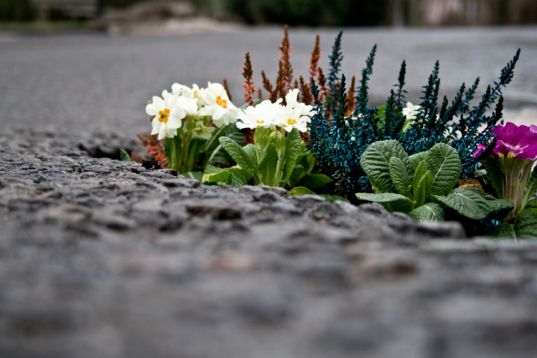 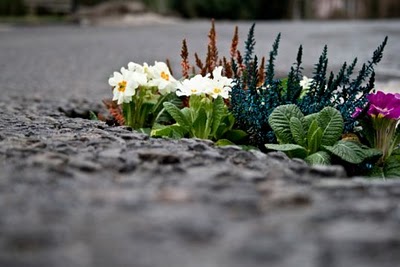 Sutton Council are still manfully trying to keep up with filling in the potholes caused by the icy weather in February. This was after the LibDem administration slashed £20k from the Highways Winter Maintenance budget whilst roads were still icy in 2009. Park Hill has just been resurfaced. Hopefully this will

a better job than in Beeches Avenue where residents have complained that the repairs made the road more bumpy than when it was full of potholes.
The entire roads maintenance budget for 2009-10 was around £500k. A single road in St Helier needs some £450k worth of work to bring it up to scratch. Removing speed bumps whilst resurfacing would have released tens of thousands of pounds to add to this meagre budget. The new LibDem administration are unlikely to go down this route so how will they ensure that this important frontline service is kept up whilst the overall Council budget is reduced by 25%? As ever, I try to be helpful so here’s some suggestions.
1. Guerilla gardening. UK Design student, Peter Dungey suggests filling in potholes with plants “like oases in asphalt deserts.” Sutton likes to bill itself as a ‘green’ council but this might be a step too far. The flowers will quickly be more pressed than Alan Partridge’s slacks Verdict: Quirky but rubbish.
2. Pothole Adverts. KFC has offered to fill in potholes in 5 cities in America for free, putting a chalk logo over the repair advertising the fried chicken restaurant chain. This has not been without problems. PETA have offered double the money to put their own logos attacking KFC Despite promising to fund a portion of Sutton Scene through advertising, Sutton Council continue to fail to get to grips with advertising sales so they may struggle with this one. Who would advertise on Sutton’s roads. Answers in the comments please. Also how off-putting would these be to drivers. Verdict: Interesting but dangers ahead.
3. Partnering with GenShock. A new invention takes the energy released from hitting a pothole and converts it into electricity. At the moment shock absorbers simply protect us from bumps. GenShock allows the jarring experience to power the windscreen wipers. Now I can see this appealing to the LibDem administration, renewable energy and embracing speed bumps and potholes at the same time; three birds with one environmentally-friendly stone. Forget filling the craters, make it your civic duty to stress your spine. Verdict: Clever invention but no-one tell the LibDems about it unless we want to see a Council grant go on this.
4. Get the holes filled cheaply. Market-test the contract for road maintenance, ensuring that quality and a high service level agreement is bound into the contract. Then take the cheapest contractor that puts in a tender and get more holes filled for the money. Divert funds from unneccessary road humps due to be replaced. Verdict Commonsense but…Nah! Not a chance.