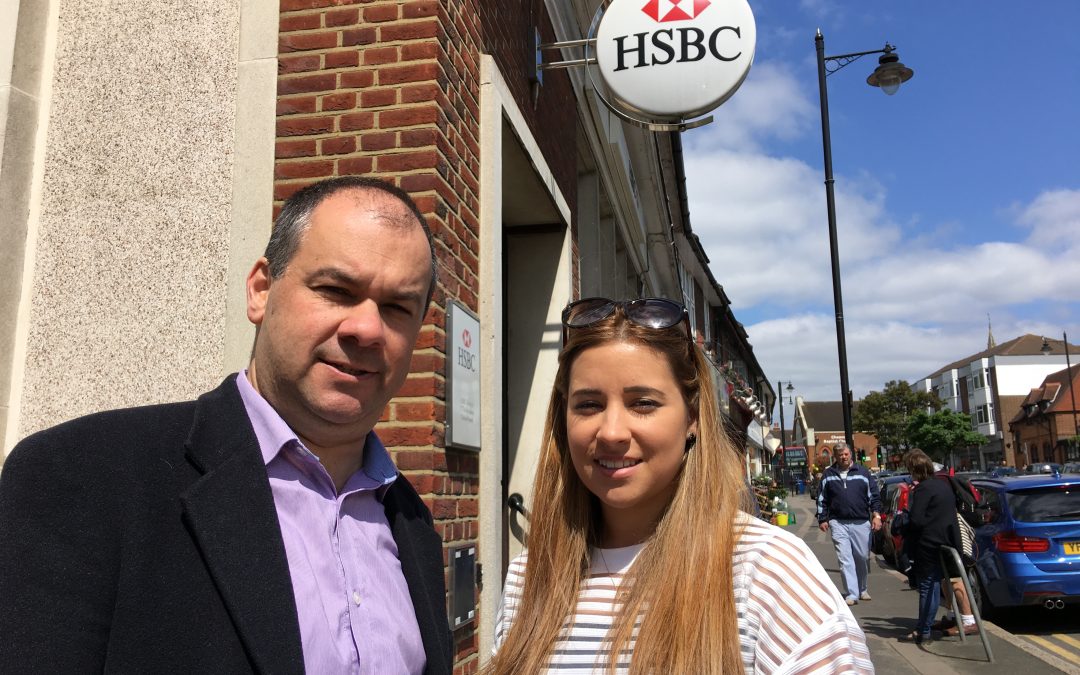 This means that North Cheam will have no bank left at all and Santander will become the last bank left in Cheam Village. 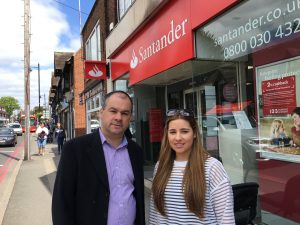 Last week, I met with the Divisional Managing Director for London and the East from Santander to discuss their North Cheam branch closing, and the projected future for their Cheam Village branch. He took me through the justification for closing their North Cheam branch, which was largely based on the very low percentage of customers who do all their banking in branch who only use that branch. He also advised me that they believe that, unlike their competitors, they are not pushing for their customers to use online banking if they’re not prepared to do so. They sent out 20,000 letters advising of the closure, and only one letter of dissatisfaction came back, so they believe the impact of the closure will be very low, particularly as the Post Office next door has an ATM and can be used for many banking needs. Finally, all staff will be relocated to Cheam Village, meaning no job losses. They have no plans to close their Worcester Park, Cheam Village or Sutton High Street branches.

In turn, I expressed my concern that as the last bank in town, it would be particularly difficult for elderly and vulnerable customers, but also small businesses owners who need to make more regular cash deposits, to transition to using a branch further away. He promised to feed those comments back to

I will be meeting representatives from HSBC next week, but in the meantime, Conservative Councillor for Cheam, Holly Ramsey, is going to be putting a petition in shops in Cheam to stop the closure of HSBC in Cheam Village. If you would like to sign, look out for it or sign online here.