Sutton can do more on premature deaths 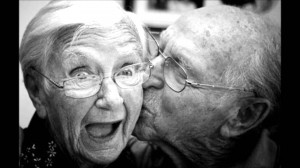 The London Borough of Sutton comes out as ‘better than average’ in a league table of premature deaths compiled in a new report by Public Health England this week. Measuring the number of deaths under the age of 75, the report shows there were 234.4 deaths per 100,000 population, in the borough caused by cancer, heart disease, lung disease, stroke or liver disease.

The report by Public Health England shows Sutton as being smack bang in the middle of the league table when comparing similar areas. This suggests that we are healthy enough when compared to the country as a whole but public health officers at the council need to look at neighbours like Bexley, Barnet and Harrow to see how they fare significantly better than Sutton.

The boroughs quoted above have been taken from the league table of the 15 local authorities with a similar level of deprivation. Overall Sutton was behind Richmond, Harrow, Bromley, Kingston, Barnet and Bexley in London and narrowly ahead of Merton.

It’s worth having a look at the Longer Lives report . Rather than being a nanny state report that we have seen from previous governments, this snapshot offers useful information and advice for people to make their own choices to lead healthier lives.