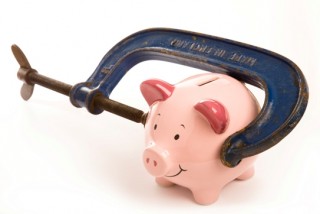 The budget consultation has become an annual occasion in Sutton Council where the ruling Liberal Democrat group seek to do the bare minimum to get their budget through. Two years ago, their budget affecting 180,000 Sutton residents was passed after they got the views from only 22 residents in a six-week period. The Conservative group found 29 people to comment in ten minutes on Sutton High Street.

Bruised but not beaten, the administration more than tripled their response rate last year, talking to a paltry 72 people. Let’s face it, they could have acheived this by each speaking to a single person sitting next to them on the bus. We spent the six weeks seeking the views of more than 1000 people.

This year they have taken advice from their beefed-up communications department and lead councillors have hit the High Street in high visibility jackets to talk to people. I was ready to think that they have finally started to take communication a little more seriously until I saw the response level in the report going to the Cabinet tonight. 78 people had their answers recorded on questions such as would you speak highly of the council or which issue from a list should form the council’s priorities. Six weeks for eight cabinet members to speak to 78 people is taking the Howard Hughes approach to communication. The results of the consultation were only released on Friday evening. However, we like to do our bit to help the ruling group understand the people that they were elected to serve so we listened to 79 people over the weekend.

The priorities in the two surveys were varied but the one difference in the results that stood out like a sore thumb was the question asking “Which one of the statements come closest to how you feel about Sutton Council as a whole?” The three options were

The headline figures from the official survey were that 50% of residents were advocates of the council, 22% critical and 18% neutral, with 10% not offering a comment.

Our figures told a different story. The figures were nearly reversed with only 23% of residents being advocates for the council, 43% being critical and 34% being neutral. All 79 respondents offered an opinion.

Looking at how closely the council’s priorities aligned with those of residents, their own survey showed the top three issues being helping to prevent crime, looking after adults who need extra help and providing things for young people to do. Our survey also had crime at the top with the next two being schools which provide the best possible start in life and keeping Sutton clean. The age profile of our survey was considerably younger than the council’s own consultation and closer to the recent Residents’ Survey which had a much larger sample.

It’s clear that the Liberal Democrat Executive members were only interested in chasing headlines rather than genuine opinions of the residents that put them in charge.