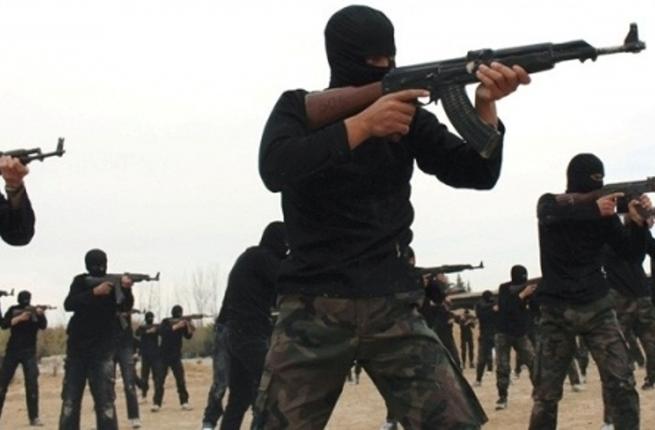 Committing our Armed Forces to conflict is one of the hardest decisions that Members of Parliament have to make. I don’t think anyone approves such a move lightly. Civilian lives and those of our servicemen and women have to be at the forefront of our thoughts along with our security here in the UK. I am of the opinion that we have to take the fight to ISIS/Daesh. Therefore I will be supporting a vote for air strikes in Syria but it is only right that I explain my reasons. This is a complex issue to which a short paragraph or sound-bite would do no justice. I have already had a number of points raised by constituents and so I have tried below to group my comments FAQ-style under headings of the most common questions:

Exactly what will I be voting on?

The wording of the motion which will be the subject of a 10.5 hour debate followed by a vote at about 10pm tomorrow evening has just been released and is as follows:

“That this House notes that ISIL poses a direct threat to the United Kingdom; welcomes United Nations Security Council Resolution 2249 which determines that ISIL constitutes an ‘unprecedented threat to international peace and security’ and calls on states to take ‘all necessary measures’ to prevent terrorist acts by ISIL and to ‘eradicate the safe haven they have established over significant parts of Iraq and Syria’; further notes the clear legal basis to defend the UK and our allies in accordance with the UN Charter; notes that military action against ISIL is only one component of a broader strategy to bring peace and stability to Syria; welcomes the renewed impetus behind the Vienna talks on a ceasefire and political settlement; welcomes the Government’s continuing commitment to providing humanitarian support to Syrian refugees; underlines the importance of planning for post-conflict stabilisation and reconstruction in Syria; welcomes the Government’s continued determination to cut ISIL’s sources of finance, fighters and weapons; notes the requests from France, the US and regional allies for UK military assistance; acknowledges the importance of seeking to avoid civilian casualties, using the UK’s particular capabilities; notes the Government will not deploy UK troops in ground combat operations; welcomes the Government’s commitment to provide quarterly progress reports to the House; and accordingly supports Her Majesty’s Government in taking military action, specifically airstrikes, exclusively against ISIL in Syria; and offers its wholehearted support to Her Majesty’s Armed Forces .”

As can be seen, it acknowledges the fact that airstrikes alone will not succeed and the importance of avoiding civilian casualties, rules out UK troops being used on the ground and sets out the need to continue humanitarian support, to cut Daesh’s money and weapons and the importance of post-conflict stabilisation.

What does this have to do with security in the UK?

Daesh are a threat to our national security, and after the attacks in Paris, their abilities to cause untold terror in the western world has become evident. The deaths of Mohamed Emwazi, Ruhul Amin and Reyaad Khan in Syria, who were plotting attacks on UK soil show the threat we face lies there. Eliminating the territorial claims of Daesh will protect the thousands of Muslims in Syria that are being killed and displaced, cut off the funding of Daesh through oil sales and fatally undermine the credibility of the so-called Caliphate which relies on territory for that claim, enabling them to draw in yet more extremists. Some people ask if action will make a terrorist attack in the UK more likely. We know that Daesh already want to attack us. They wanted to attack us along with Belgium and Paris, only managing to commit an atrocity in the latter. The UK is already in the top tier of countries on Daesh’s target list so I believe that the only way to deal with that reality is to address the threat we face. We should not outsource our own security to other countries.

Is this a problem for Syrians to sort out themselves?

Last week’s unanimous UN Security Council resolution calling on countries to use all necessary measures against Daesh, shows the deep and broad international support for taking on these barbaric terrorists. UN Security Council resolution 2249 states that ISIL “constitutes a global and unprecedented threat to international peace and security” and calls for member states to take “all necessary measures” to prevent and suppress terrorist acts committed specifically by Daesh and crucially, it says that we should “eradicate the safe haven they have established over significant parts of Iraq and Syria”. 62 countries are already involved in the coalition seeking to defeat this dangerous group who are claiming governance of territory similar in size to the UK. Daesh have no regard for human life. The beheadings, crucifixions and throwing people from roofs show that their ultimate aim is destructive. We have nothing to work with diplomatically.

Assad’s use of chemical weapons and barrel bombs against his own people show that he has no place in the future of Syria. It is vital that airstrikes are not about regime change, even if the future governance of Syria is a major calculation in post-conflict planning. We have an immediate threat to both UK security and the people of Syria in the form of Daesh and we must remain focused on this.

Will British involvement make a difference?

I do not believe that UK involvement will increase the likelihood of civil casualties. This is not a scenario where we are starting a conflict afresh: airstrikes are already taking place in Syria. However, I understand people’s concerns about how effective the strikes will be, and what the outcome will be. Our Brimstone precision missile system enables us to strike accurately with minimal collateral damage – something that even the Americans do not have. They have the accuracy to be able to hit an armoured vehicle travelling at 70mph. The RAF have conducted many missions in Iraq against Daesh without a single recorded civilian casualty. Only one-third of missions involve weapons being deployed as commanders need to be sure of their target and weigh the risk before giving the final order to strike. Of course that record can change at any moment but it is indicative of the caution taken before engaging. Since August last year, Daesh has lost about one-quarter of the territory that it held in Iraq. We can make a difference. Following the stepping up of airstrikes in Raqqa, Daesh leaders are reported to be leaving their HQ to travel to Mosul in Iraq, where we already have the ability to strike.

Will airstrikes make the situation worse?

I believe that inaction is the course that will definitely make the situation worse in Syria/Iraq. We are already involved in the situation on one side of the border. Daesh pay no attention to the Iraqi/Syrian border and therefore if we are to succeed, neither should we.  There is a view that Daesh may turn their attention to the UK as a result but we are already in their scope for terrorist acts. We rely on our security services to foil plots before they succeed but the only long-term way to remove these threats are at source – in Iraq and Syria. We have a comprehensive counter-extremism strategy which details our plan to prevent and foil plots at home and to address the poisonous extremist ideology that is the root cause of the threat that we face.

Are we failing to learn the history of our involvement in Afghanistan, Iraq and Libya?

The particular lesson that we need to learn in my opinion, is to make sure that we have a comprehensive strategy, not only to defeat Daesh, but to protect the innocent and rebuild a stable Syria once Daesh have been defeated.  I do not support UK ground forces in Syria which would be counter-productive. Airstrikes will not succeed on their own, but as one part of our approach. Yes, we need to cut off access to finance and weaponry. Daesh are already sitting on estimated reserves of £1 trillion. We need to intercept smugglers, seal borders, and enforce sanctions to stop people trading with ISIL. Ultimately, ISIL is able to generate income through its control of territory, so although we are working with international partners to squeeze the finances wherever we can, it is the rolling back of ISIL’s territory that will ultimately cut off its finances.

We need to build a coalition of local ground forces. There has been some question about the 70,000 moderate opposition fighters that the Joint Intelligence Committee estimates may be able to be brought together. An interesting article by Charles Lister, who has spent the last two years engaging face to face with Syrian Opposition groups, breaks down this figure and demonstrates how this ground force may look. Questions about the numbers of opposition fighters are perfectly valid but should not stop us being able to start to degrade Daesh in Syria now through the extension of our current action. There has already been an example of opposition fighters being killed after a RAF pilot had to call in an American to defend them after fighting crossed the border from Iraq to Syria. The RAF pilot was minutes away, the American an hour’s flight.

Afghanistan, Iraq and Libya differed from this conflict in a number of ways. This is an ongoing conflict which we are being asked to join, not a new venture which will come as a shock to those on the ground. It is focused on defeating a terrorist group, not regime change. This does throw up a difficult mix, with Russia supporting Assad, Turkey supporting those battling Kurd separatists and the UK holding the long-standing belief that Assad should not be part of Syria’s future. We need a diplomatic path running in parallel with our military intervention. This has started with Iran and Saudi Arabia sitting around the same table as America, Russia, France, Turkey and the UK, all of whom are working towards the transition to a new government in Syria. They have different starting positions but that is what diplomacy is, building coalitions and agreed positions which we can develop lasting solutions. The Prime Minister has pledged at least £1billion for post-conflict reconstruction. He said to the House last week: “All these elements – counter terrorism, political and diplomatic, military and humanitarian – need to happen together to achieve a long-term solution in Syria. We know that Peace is a process, not an event. I am clear that it cannot be achieved through a military assault on ISIL alone.”

The main difference between Libya and Syria is that we have firm international commitment from all the backers of a future Syrian government around the table at the Vienna talks, whereas the state of Libya had been hollowed out after 40 years of dictatorship. Institutions collapsed quickly as a result, after Gadaffi was deposed. The military, security and diplomatic advice all say that the risk of inaction is greater than action.

What has changed to make immediate action necessary?

We have a UN Security council resolution that was agreed unanimously. The Vienna talks offer a credible and legitimate peace process for Syria and of course Paris has happened. This attack did not just feel different from the many that have happened in the last year, there were significant tangible differences. This was both planned in Syria but also people were sent from Syria to help carry out the attack. We need to be good allies. Our nearest neighbour has been attacked and we should be there for them as we would hope they would be for us had it happened in London. But most of all we should cut the head of the Daesh snake to avoid this happening again. Daesh in Syria are a direct threat to the security of the UK. We need to act now.