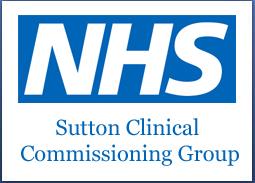 Yesterday I joined more than 100 concerned residents at St Bede’s Conference Centre in North Cheam for a crucial board meeting of the Sutton Clinical Commissioning Group (CCG). They debated whether to allow the Better Services, Better Value (BSBV) consultation to go ahead.

As I have posted before, the BSBV recommendation is to downgrade St Helier hospital to a local hospital, stripping it of its A&E and Maternity services and directing many planned operations elsewhere.

Residents at the meeting were fiercely protective of their local healthcare services and made their feelings clearly known. Despite this, the board approved the consultation with one abstention from a representative of Sutton Council and one lay member voting against.

Prior to this at a meeting of all of the GPs in Sutton a vote was taken with the results weighted by numbers of patients per practice. 95 votes were cast in favour of allowing the consultation, 59 votes against and 22 GPs abstained. We were told by members of the board that some GPs voted to allow the consultation but still had severe concerns about the proposals and may well vote against when the consultation responses are considered. This is an olive branch that we must take, though allowing the consultation only to stop the process later does waste a further £6m of taxpayers’ money.

This is a clinician-led move so the people presenting were not politicians. However using phrases like ‘ambulatory care pathways’ didn’t really win over the people in the public gallery. If they want to push such a controversial recommendation, they need to explain their evidence in clear, concise language and persuade people that they are aiming to save lives rather than save money. Some hecklers were complaining of privatisation, others of government interference. BSBV is neither of those things. I don’t doubt the clinicians motivations behind this move. I just think they’re wrong.

This is not the end for St Helier but we do need to act now if we want to protect services at our local hospital. If you agree with me, please do sign the petition on this website and write to your GP to make your feelings known.