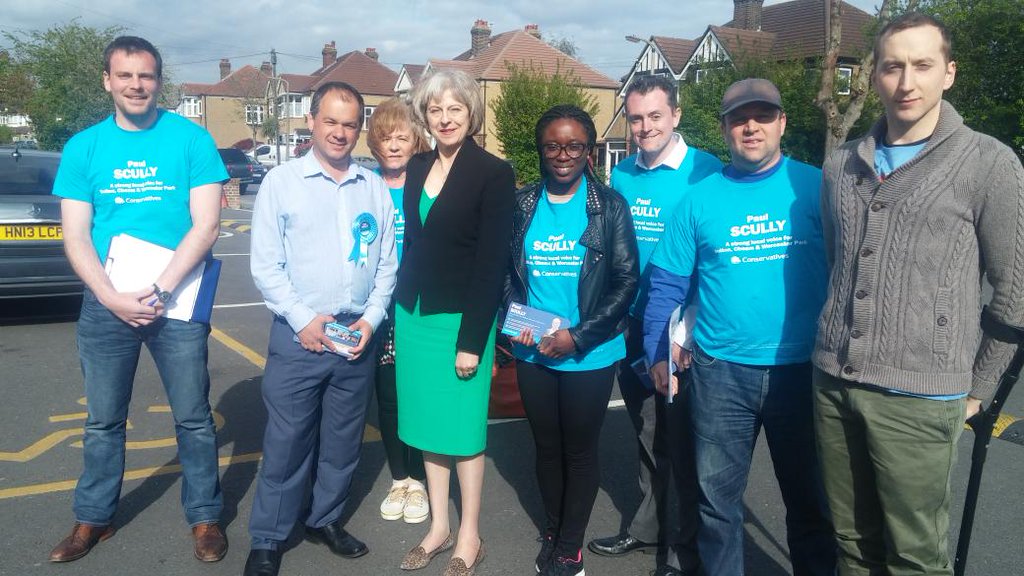 The past few weeks have been extraordinary for British politics. What looked like an uncertain summer for the government and the Conservative party has now become a period where Theresa May and her team are focused on Brexit plans and continuing to govern the country for the benefit of everyone. In the lead up to the Conservative leadership campaign, I spoke to as many people as I could about their thoughts on the matter. People were overwhelmingly in favour of Theresa May with Andrea Leadsom and Michael Gove running each other close for second place. For transparency, I thought it fair to tell you how I voted in the two leadership ballots and why.

I was sorry to see David Cameron go. Although we disagreed on the EU issue and I was unhappy with parts of his approach for the remain campaign, he was still a formidable Prime Minister whose legacy will extend to much more than this one issue and referendum result.  Much as I would love to think that people in Sutton & Cheam were exclusively voting for me to be their Member of Parliament, I know that it was David Cameron’s strong leadership that attracted many people to vote Conservative last May. However as he believed it would need a new Prime Minister to work on Brexit, he triggered a leadership constest by resigning as Prime Minister. The rules dictate that Conservative MPs reduce the field of candidates to two by a number of ballots with the candidate receiving the lowest number of vote automatically dropping out each time. So on the first ballot, Liam Fox dropped out. Stephen Crabb decided to withdraw at this point as well.

In the second ballot, I voted for Theresa May. I started the day as I had been thinking all week, that my job was to ensure the best shortlist for the members and so had intended to vote for either Andrea Leadsom or Michael Gove in the knowledge that Theresa May had enough votes to get through with or without my vote. I was concerned about Andrea’s inexperience at a time when we need certainty and stability. I believe that Andrea made the right decision to withdraw her candidacy the following week, in what I know was a difficult decision after a highly-pressured weekend. I was not sure that Michael could unify the party or appeal to the wider electorate that we need to bring on board in order to maintain a majority, though he remains a very talented, intellectual friend.

In the meantime, I had spoken to Theresa May and just as importantly for me, Chris Grayling who is managing her campaign. As someone who I had campaigned alongside for a leave vote, I wanted to ask him why he had made that decision and how sure he was that the result of the referendum would not be reversed, kicked into the long grass or watered down so as to be meaningless. He reassured me on every point. At a hustings with the parliamentary party, Theresa was asked about Ken Clarke’s comments that she could be a ‘difficult woman.’ She replied that the next person who would find her a difficult woman would be Jean Claude Juncker.

In the end, I could not look beyond Theresa at this time. If we were choosing someone to take over in a couple of years, my view may have been different. But we weren’t. The winner was to step into No. 10 the very same day and give their nuclear instructions within the next 24 hours. They needed to give the markets confidence to ensure that our economy does not suffer from any more uncertainty than is necessary.

A number of people said to me that the next Prime Minister needs to be someone who campaigned to leave. I did not see this as being a prerequisite. The fact that Chris Grayling, David Davis, Liam Fox, and Priti Patel backed Theresa, people who I campaigned alongside as part of the Vote Leave team, gave me the reassurance that I needed to ensure that Brexit means Brexit, that there will be no second referendum and no watering down of the referendum result as Theresa has said on a number of occasions.

I used my first ballot to support Liam Fox. Not because he was likely to be one of the shortlisted two, but because his experience in international matters and the security and defence of this nation needs to be brought into the fore and so I wanted to ensure that he had a reasonable showing. The formulation of a Brexit team was an inspired move. David Davis as Secretary of State for Exiting the European Union will bring his thoughtful but determined approach to secure the best terms for the UK and Liam Fox as Secretary of State for International Trade will work on developing the opportunities for us to grab as we leave. In contrast to some of the media who are more interested in sensationalism, I believe that Boris Johnson will be a great salesman around the world for ‘Brand UK’, doing the same job as he did for London when helping to build our capital city into the leading tourist destination, the global centre for financial services and a hub for creative services.

Now, whilst the Labour Party continues its sad, internecine war, Conservatives both within Parliament and the membership have come together quickly, knowing that only by being a united team focused on the country, not the party, we will deliver Theresa May’s vision of fighting injustices, breathing new life into positive reforms that will make our lives better, our country fairer and more prosperous and provide opportunities for everyone to fulfil their potential. We have a bright future ahead of us. We need to concentrate on grabbing it with both hands starting today.