An Extraordinary waste of our money 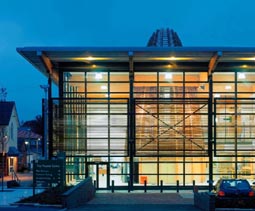 Last night, I spoke at an Extraordinary Council Meeting that was called by our Conservative Group. We discussed one issue; the handling of the management contract for the Borough’s leisure centres.

Essentially, the existing contractor, Sutton Community Leisure (SCL), a non-profit making trust gave the required 3 month notice to quit, citing the fact that they either needed to put prices up or needed a further £129,000 to keep going for the next year. Because Sutton Council had agreed to a contract with such a short break clause, they felt bounced into ignoring standard procedure of competitive procedure and appointed Greenwich Leisure to take on the remainder of the contract which expires in February 2009.

Now you might say that “where needs must”, we ought to do this but there was an alternative. This appointment will cost Sutton Council £372,000 over the 26 months. If we had paid SCL £129,000 and given them 12 months notice, we could have examined all of the options according to procedure, appointed a new contractor in 2008 and spent £243,000 less than has now been agreed. To cap it all, SCL are to be taken over by Greenwich Leisure anyway, meaning that the leisure centres are going to be managed by the same people who have now received £372k rather than the £129k that they originally asked for.

If your head isn’t hurting at this point, indulge me for one moment more. Lord Tope, lead councillor for Leisure refused to explain this bungled bargaining, preferring to accuse us of wasting money in calling an additional meeting. The room was booked to be used by the LibDems anyway with lighting, microphones etc. and I don’t think even they can run up a bill for £243k to host a council meeting so this argument is just a touch thin.

The Conservatives were not against the appointment of Greenwich Leisure, only the lack of forethought and the disdain for procedure. Even though the cost of the meeting pales into insignificance next to this waste of out money, the need to have a meeting at all must rest with the ruling group. We take our role of Opposition seriously, holding the LibDem group to account for their decisions through proper scrutiny. Changes made by the LibDems and further changes planned show that the ruling group are not as keen at being scrutinised.