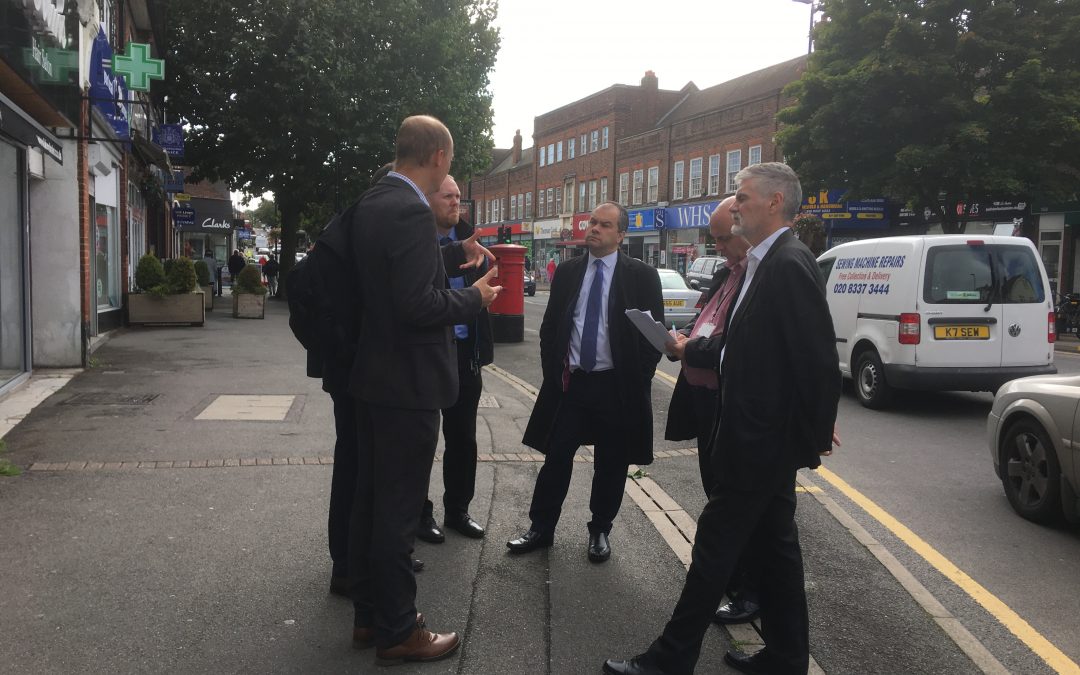 Complaints about traffic on Central Road often come up on the doorstep in Worcester Park and is something that has been a problem for residents for many years.

It is not uncommon to hear stories of it taking over an hour to drive from one end of Central Road to the other during peak times, and turning right from Green Lane onto Central Road towards Kingston and the A3 can take just as long.

It has been difficult to get a conversation started about how we might tackle this problem as it involved Sutton Council, Kingston Council, Transport for London and even Highways England all having an input. However, earlier this week I arranged to meet representatives from all of these organisations alongside our local Conservative London Assembly Member, Steve O’Connell, on Central Road so they could see the issue for themselves and start the conversation.

The meeting was useful in order to discuss issues such as the build up of traffic from South Lane and the Malden Junction onto the A3, but also the effect that the traffic and subsequent air pollution has on people’s health and putting people off shopping in Central Road.

There were plenty of ideas shared at the meeting and one resident even stopped as he drove by to plead that the junction of Green Lane and Central Road be turned into a roundabout rather than traffic lights, but what was made clear was that the Councils and TfL in particular need a lot more data before they can begin to look at potential solutions.

Luckily, X26 bus drivers are currently collating information for TfL that will be relevant to this issue and the Councils along with TfL have gone away to look at ways that they might be able to progress the data gathering exercise they need.

I will be sure to keep residents updated on the progress of these discussions. A solution won’t appear overnight, but I am pleased that we have finally got all the relevant parties in one place to start a conversation.