My Plan to Keep Sutton Moving 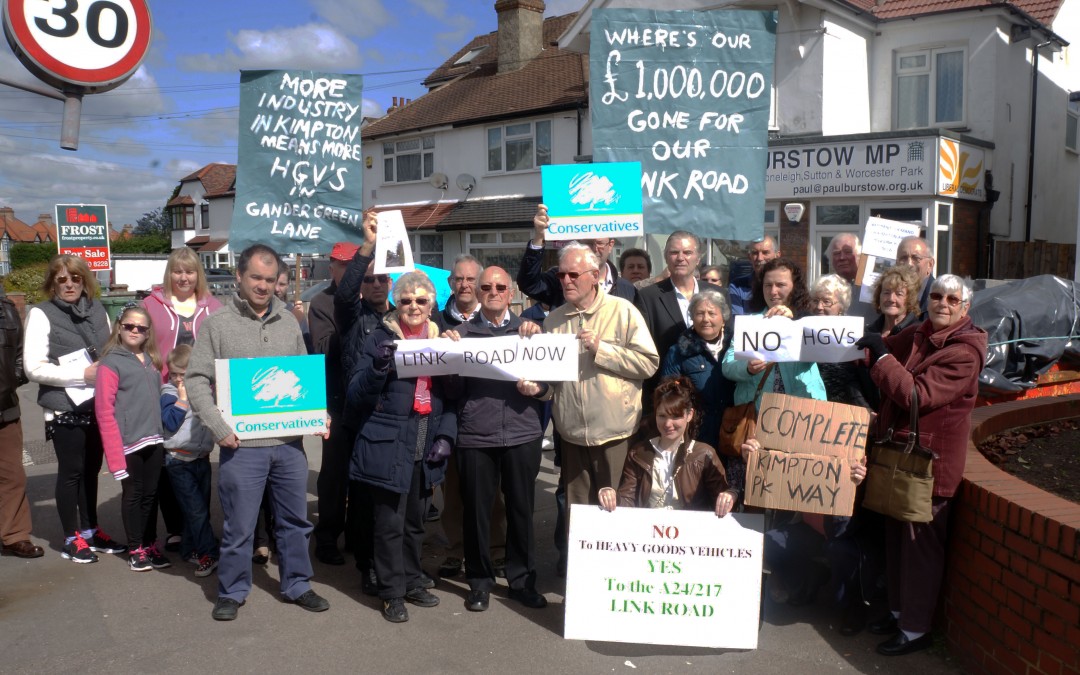 Residents in Gander Green Lane have complained for years about HGVs on their residential road, shaking the foundations of their house at all hours. When the Kimpton Road Industrial Estate was built, plans for a link road were mooted but quickly shelved. That left HGVs looking at small, inappropriate roads to travel between the A217 and the A24. If the road had been put in at the time, traffic in the surrounding areas would run much smoother. Unfortunately subsequent development has meant that getting a link road will be incredibly difficult even if the money was there. That doesn’t mean we should not stop looking for a solution to this long-running issue.

I’ve been running a petition alongside the residents in Gander Green Lane to demonstrate support for action. In doing so, I aim to get Transport for London and the London Boroughs of Sutton and Merton to put it back on their agenda. The first thing to do is the simple quick-hits: making sure the weight restriction signs are absolutely clear at both ends of Gander Green Lane and Hamilton Avenue and get the satnav companies to redesign their routing software to avoid these roads.

As annoying as this is for residents, it affects a small proportion of constituents, but is but one example of a problem that seems intractable and so gets ignored by local decision makers. Central Road in Worcester Park is another place on which politicians seem to have given up. The perpetual traffic jams which affect Lynwood Road, Hampton Road, Green Lane, Browning Avenue among many more are caused primarily by the fact that there is only one road going under the railway line for about half mile in either direction. If there is a problem on the A3, the traffic will quickly back-up. I’m told that the traffic lights at South Lane/Malden Road junction cause tailbacks and are worth reviewing. I’ll investigate this further and see if this bears fruit.

For those travelling to Carshalton or Croydon from Sutton by road, the A232 has got considerably worse over the last few years and the council have missed a couple of chances to ease congestion here. The B&Q and BP garage on Carshalton Road were both given planning permission without thought to remodelling the junctions that they sit on. Both junctions are the cause of frustration to motorists travelling along that road.

We really need to push to ensure that planners take in a long term view of the area and likely increases in traffic if we’re going to keep Sutton moving. So many quality of life issues are determined locally rather than in Westminster. Therefore if elected, I won’t just go out and camp in the House of Commons, caught in the trappings of office. Sutton is my home too and I want it to be the best place possible in which to live and work.