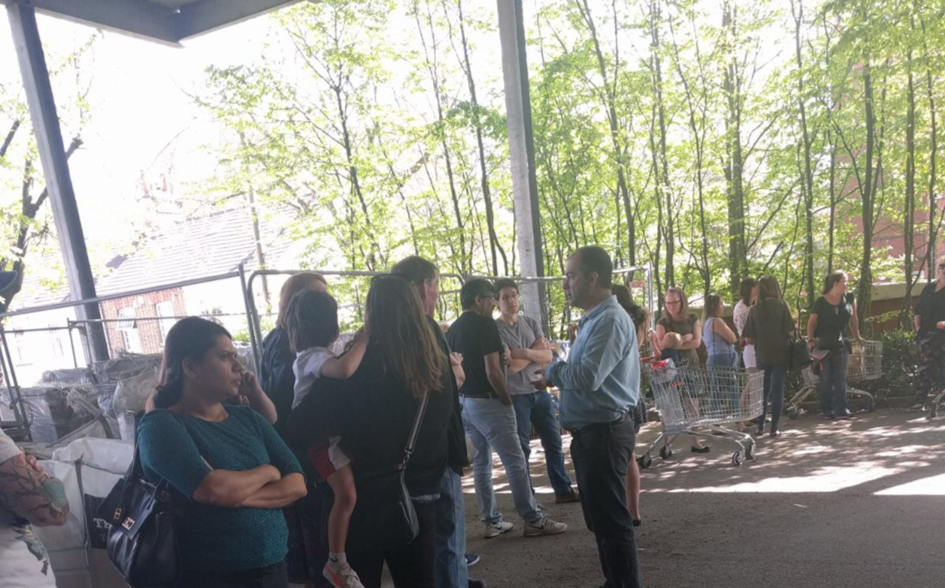 The weekend brought sunshine to Sutton, but it also brought chaos in the form of the new bin collection scheme.
This past week, my office has been inundated with calls and emails about missed collections, fly-tipping, long queues at the Kimpton dump and the difficulty in getting through to the Council to report these.
The situation has been so bad, it’s been covered in the national press and #SuttonBinShame has become a trending topic on social media, causing huge embarrassment to our local area.
Some glaring problems have emerged this week:
• The system overall is just too complex with up to six bins per household,
• Residents are struggling to find room to store all the bins,
• The green recycling boxes are too small,
• The elderly and vulnerable struggle to lift the boxes when full,
• Food waste is being strewn over the pavements by foxes at night,
• Cutting weekly brown bin collection is particularly worrying to parents of young children who have to find space for two weeks of dirty nappies,
• Bin lorries have already managed to damage cars and even knocked over a tree,
• Despite separating the waste, residents have seen boxes emptied into the same bin.
•The council picked the same week to implement a new permit scheme at the Kimpton Reuse & Recycling Centre.
• Sutton Council’s phone system has gone down,
• All this with no consultation – residents have not been asked their views despite being pushed to do so.
I spent several hours on Saturday talking to residents at B&Q in Sutton. The Council said they would be there from 10am – 4pm to hand out extra green recycling boxes. However, despite all roads into Sutton being gridlocked as people tried to get there, and residents waiting up to two and a half hours in the queue for the new bins, they had run out by lunchtime. This was entirely preventable with insufficient stocks at B&Q, poor communication, no council staff until chased by Conservative councillors and conflicting advice which might have led to people getting parking tickets without me intervening. Many people gave up and left.
Your local Conservatives spent the day at B&Q helping residents and across Sutton talking to people on the doorstep, giving support where they could. Yet in the midst of all this chaos, the Lib Dem administration spent the weekend in Islington talking to themselves, plotting to win the next election.
The council has had considerable coverage recently in Private Eye, the Guardian, the Sun, BBC and online media, all covering this Council’s increasingly embarrassing mistakes. The chaos this weekend has also been reported in local and national news, but this is not just embarrassing – it is having a huge effect on people’s day to day lives, and the Council refuses to say sorry. Instead, they simply ask that we are ‘patient’.
Your local Conservatives know that changes must be made. Three other Councils are also implementing this scheme, but they are taking the time to talk to residents and find out what the problems are, before rolling it out. Why has Sutton rushed to implement this scheme when it didn’t need to? They could have taken the time to get it right, but instead they’ve tied us into an eight year contract and rushed it through, all without asking anyone or looking at it properly.
Last August local Conservative councillors called a special council meeting to ask the Lib Dems to take the time to ask residents for their views before implementing this scheme. They refused. A Conservative council would’ve taken a far more pragmatic approach to ensuring our recycling rates go up by focusing on simplicity of use rather imposing the chaotic mess we now find ourselves in.
Do keep an eye on the council website for news about collections. If your bins have not been collected make sure you report it by calling 020 8770 5000 (it may take a while to get through) or report it online here. To request additional bins, then call or do it online here. If you need assistance with bin collections, then call or do it online here.
I will continue to help where I can and hold the Council to account for this chaos, as will your local Conservative councillors, but ultimately I believe this latest in a long line of blunders just proves that the Council have lost their way. In 20 years of working on council matters this is the worst I’ve seen with every part of the implementation of this change going wrong and affecting people badly.
The Lib Dem council has become tired and is making silly mistakes. We need a change of leadership in Sutton Council to unlock the potential in our Borough, and we can only do that by electing Conservative councillors next year that opposed this mess and are working hard for you.
But we need your help to unlock Sutton’s potential. Can you help our campaign by donating, joining the party of giving a little bit of your time to volunteer in some other way? If so, then please get in touch.