A Personal Link To Armistice Day 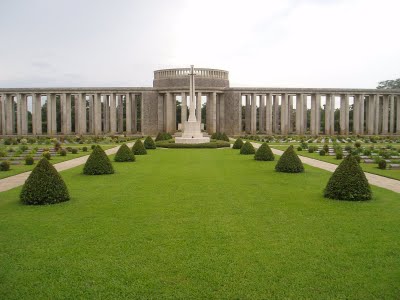 This morning I joined the Mayor, councillors and Philippa Stroud at the Millennium Gardens in Sutton High Street for a short Remembrance Service on Armistice Day. It was well attended as has been the case over the last few years.

This follows the Civic Service in Wallington which I wrote about earlier. At that service, the vicar asked the congregation to have a brief chat with the person next to us about what Remembrance Sunday meant to them. Beyond singing an uplifting hymn, I don’t really like my church services too interactive, so I raised a sceptical eyebrow. However, my friend and colleague Cllr Cliff Carter told me how he had lost two brothers in the Second World War, both served in the Navy and were missing presumed dead off the coast of Portugal. The sense of loss was clear to see; raw after nearly 70 years. Cliff would have only been a child then.

I heard stories about the war, second or third hand from family members unaware of any loss. One grandfather had been a fireman in Nottingham, extinguishing bomb damage. The other worked in the port in Rangoon. It was his duty to destroy his entire working environment so that the Japanese could not use it as a base to launch attacks. My grandmother had taken my two aunts into India. They did not know whether they would see each other again, eventually meeting some months later in India. I remember the story of the family that proudly invited my gran to shelter in their strong brick house in case of an air raid. My gran preferred to take her chances in her own home. Having dusted herself down after a bombing raid, she left her house to see the rubble of the newly-built brick house. Everyone had died.

This afternoon, my uncle shared news of members of our family that did lose their lives in that terrible time. My gran lost two brothers within a couple of weeks of each other. Her parents lost two sons. I remember when my father died twenty years ago, my personal grief was forgotten for a short time when I saw the devastation that happens when nature turns on its head and a mother realises that she will outlive her child. There were villages and towns throughout this country and the world where everyone knew someone that this happened to. Still now, this happens as can be seen from the regular processions through Wootton Bassett.

Tonight as I write this before putting away my poppy for another year, I’ll spend a few moments reflecting on the short lives of my great uncles, Lieutenant Terence Callaghan who died aged 36 on the 20th June 1942 whilst serving in the Army in Burma, Reserve of Officers and Private Patrick Callaghan 7525020, who fell less than two weeks before on the 8th June 1942 aged 24, whilst serving in the Royal Army Medical Corps. They are remembered in the Rangoon Memorial (pictured above right) at the Taukkyan War Cemetery, some 35km north of Rangoon alongside 26,855 brave members of the Commonwealth Land Forces who have no grave but are commemorated in perpetuity by the Commonwealth War Graves Commission.