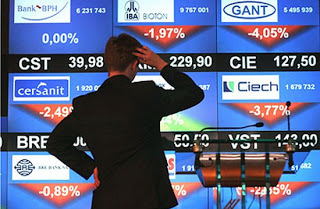 Sutton’s £5.5m exposure to the Icelandic meltdown was the big topic of discussion at last night’s Executive (Cabinet) meeting. You can see the statement that the Council have issued following UK based Heritable Bank’s slide into administration here.

Tim Crowley, Conservative Finance spokesman has several years of Treasury experience in the City. He addressed the cabinet at the meeting covering the following bullet points:-

On the party political point, it is interesting to see Vince Cable quoted in the Telegraph as saying “In a crisis like this I don’t think people would warm terribly to my running around saying ‘I told you so'” The LibDem parliamentary finance team certainly did not warm themselves to Sutton’s Lead Finance Councillor who told Lord Oakeshott yesterday afternoon that his comments were less than helpful.

Although the Cable & Oakeshott double act is an interesting diversion, the matter is too pressing to concentrate on partisan politics. Tim is leading our investigation into the matter with considerable vigour. I am pleased that officers recognise the need for a robust and transparent enquiry. In the meantime, we will continue to support moves to get our money back in order to minimise Sutton taxpayers’ exposure to this. It is important to stress that this loss will not have an immediate impact. I know that some council employees have been spooked by reports of losses in other local authorities affecting payroll. This is not the case here in Sutton.