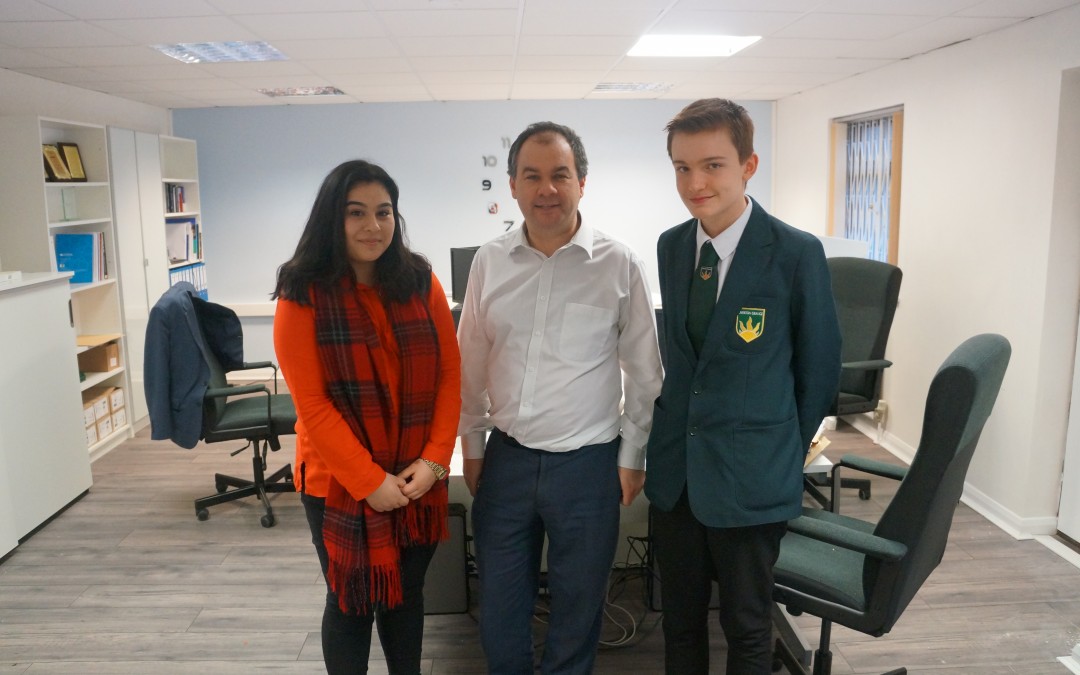 Last week I was pleased to meet with the new Member of Youth Parliament (MYP) for Sutton, Iman Samad and the Deputy MYP for Sutton, Harry Hamilton, to discuss their priorities now they have been elected.

A large part of our discussions focused on the UK Youth Parliament’s (UKYP) campaign to reduce racism and religious discrimination in our communities. Over 95,000 young people voted to make tackling racism and religious discrimination, particularly against Muslims and Jews, a priority issue and MYPs voted to make this their national campaign. UKYP will aim to challenge negative attitudes around race and religion, work with others to educate their communities and promote integration.

I was disappointed by the figures that there was a 15% increase in race related hate crime and a 43% increase in religion related hate crime last year in England and Wales. This kind of intolerance has no place in a modern civilised society. I do believe that this rise is partly fuelled by fear, particularly of terrorism. The atrocities that we’ve seen committed by terrorist groups such as Daesh in Iraq and Syria, who use religion as a justifying tool, have shocked the country. This week’s terrible event in Brussels brings the matter closer to home. However, part of their campaign of terror is to spread that fear and suspicion, so that people feel alienated in society and are driven to radicalisation. We must not give into that fear, but stand strong and united in the face of terrorism.

This is why I think Iman and Harry’s campaign to promote racial and religious tolerance in Sutton is such a good one. Sutton is a low crime Borough and a tolerant one, but there is always more we can do to promote better understanding and integration between different groups.

We also spoke a lot about the planned closure of many of Sutton’s youth services by the Liberal Democrat run council. A majority of councillors voted to scale back youth services in Sutton to the extent that the council now only provides what they are statutorily obliged to. There were concerns raised that the views and opinions of young people had not been properly listened to during the consultation period, and what the potential negative impact would be on groups such as the Sutton LGBT Youth Forum, which used to meet at the Sutton Youth Centre. The council could have managed its finances better. For example, if they weren’t pouring money into the financial black hole, which is the Sutton Life Centre that runs at a six-figure deficit each year, they would not have to scale back these services. I want to pay tribute to the Conservative councillors on Sutton Council who fought to keep these services open, but especially to Iman, Harry and the former MYP for Sutton, Ethan Smith, for their tireless efforts on this campaign. These cuts means that Iman will be the last Member of the Youth Parliament here in Sutton, breaking a record of many years of engaging young people in politics, volunteering and democracy.

I was very impressed with Iman and Harry’s enthusiasm and professionalism. I look forward to working with them over the coming year to help young people in Sutton and to promote their positive campaigns.