Sutton United in helping the Community 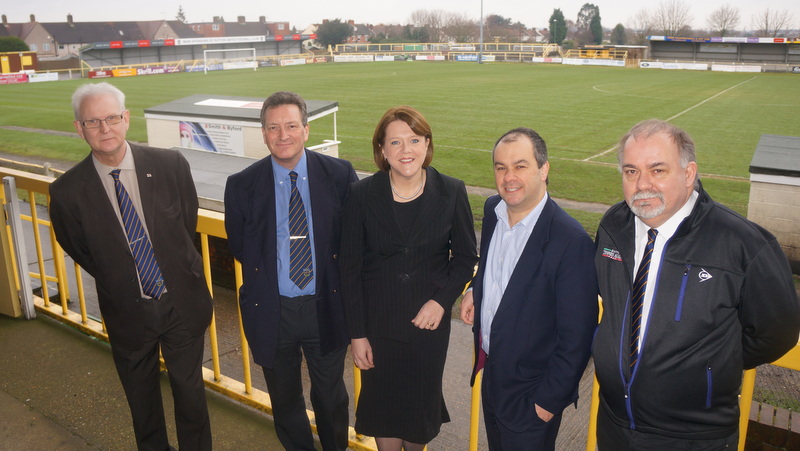 As a season ticket holder and sponsor at Sutton United, I was pleased to bring Maria Miller, the Secretary of State for Culture, Media & Sport down to the club to show her what Sutton United were planning for children’s football in Collingwood Rec’, next door to their Gander Green Lane home.

Having secured a lease from the council, John James from the club’s Supporters Trust was able to share their plans for developing the club in order to make the most of their huge site. Away from the homes on Gander Green Lane, they are looking at renewing some of the old buildings on the ground with a seated North stand and building a pavilion for use by both the club and players on Collingwood Rec. At the moment, Sutton United take it upon themselves to look after much of the Rec to ensure that it is a pleasant place for residents to use. The club is doing well in the league at the moment. It is nice to see them doing well in the community as well.

I had also invited representatives of a few local sports clubs such as West Sutton Little League, Sutton Tennis & Squash Club and The Sports Village. It was interesting to see how many of the issues raised in our discussion about grassroots sports in the Borough centred around dealings with Sutton Council and concerns about how the relationship was not as strong as it might be.

Strengthening existing local networks here in Sutton will provide more of a long – lasting benefit than writing £60,000 cheques for Chelsea FC as Sutton Council did last year. The Minister and I saw the dedication of some superb grassroots volunteers and we should do more to nurture and support their work.