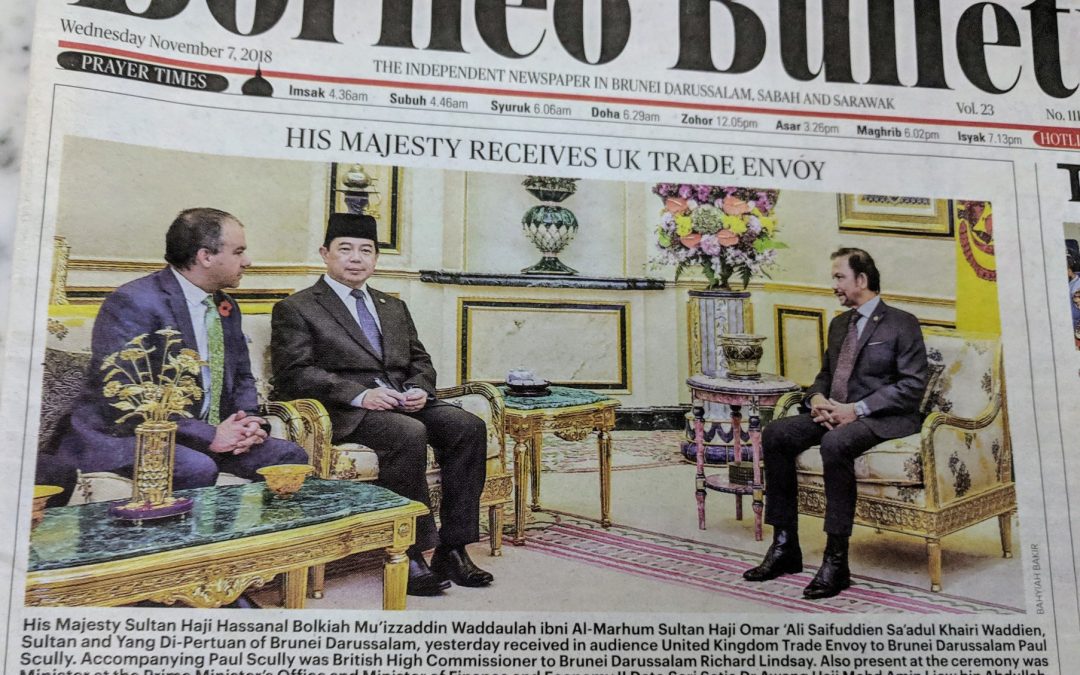 As the Prime Minister’s Trade Envoy to Brunei I was concerned to read about the next level of the Sharia Penal Code that has been recently introduced in Brunei. I visited the country last November meeting the Sultan and a number of ministers and key advisers to discuss existing and developing trading links that date back for many years. The recent additions to the Penal Code had not come into force at that point.

Both Jeremy Hunt as Foreign Secretary and Penny Mordaunt as Secretary of State for Women & Equalities have taken a strong line on this matter with the Foreign Secretary tweeting after a meeting with his Bruneian counterpart: “Just had the Bruneian foreign minister to my office to drive home the UK’s shock at new Sharia law. We work well together on many issues, but profoundly disagree on this. His suggestion that Sharia prosecutions are in practice unlikely is not acceptable: everyone should be free to be who they are and love who they want.”

I share these concerns wholeheartedly and know that we will all continue to speak out at every level of government. Some petitioners have suggested that we seek to expel Brunei from the Commonwealth, some that we refuse to trade with them. However in my experience, I have found that engagement works better than boycotts, sanctions and megaphone diplomacy. As Commonwealth members we must respect one another’s cultures and traditions, but we must do so in a manner consistent with our common value of equality. We need to be at the heart of influencing countries, not on their overall governance, but on their approach to human rights.